Home Uncategorized It’s Your City. Give It Some Thought 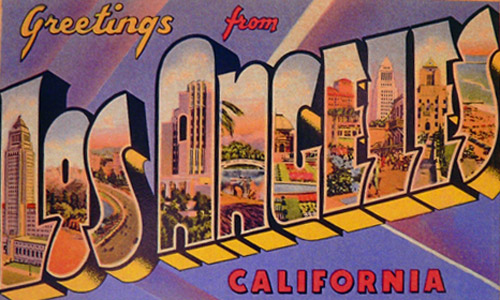 I can play the scolding professor. I’ll look down my glasses and wag a disappointed finger. I know you haven’t done the reading. That essay you turned in: Was that your first draft? Did you actually do any research?

You can do better, Los Angeles. You’ve heard it before: admonishment from the lecture hall pulpit or the pages of a book or magazine. History matters. You should pay closer attention. Lost worlds beckon; human drama unfolds. The history of Los Angeles reflects and illuminates American and world history all at once. With a little effort, something powerful happens: historical sensibility provides perspective on the here and now. Who wouldn’t want that?

They say Los Angeles obliterates the past. They have a point. Los Angeles has an eccentric relationship with its past; this place has long been marked by a kind of velocity of experience. Life in Los Angeles can move so quickly as to render the past fuzzy, unfocused. But it’s not obliterated. It’s still here. It just takes some effort to find or excavate it.

They say Los Angeles has no past. That’s tripe, and harmful at that. It’s dehumanizing. It sounds an awful lot like “people of the past don’t matter.” It sounds like the President of the Historical Society of Southern California (for God’s sake), who, in the late 1880s, brutally dismissed everything and everyone that came before the American period: “A score or two of names, a few crumbling adobes, and all is told.”

But the people of the past do matter: their lives, struggles, triumphs, heartaches. They shaped the Los Angeles we inhabit today, just as we in turn reshape it for those who come after us. They built things, and they tore things down. They made good decisions, and they made bad ones. And sometimes they did not know the difference, and we must decide for ourselves which were good and which were not.

News flash. Los Angeles can be two places at once: a place with a past and a place where people escape their past. Catering to the reinvention of self need not mean that historical perspective does not exist. They aren’t mutually exclusive categories of experience, knowledge, or actualization.

This is not rocket science. Names and dates and facts are the frame upon which interpretation and pattern are hung. History matters, and history is meant to be argued about. My view of the past may not be anything at all like yours. Go do some research. Go to a museum. Think about Los Angeles ten, twenty, two hundred years ago. What’s the same about then and now? What’s different? How did we (or you, or I) get from there to here?

The toughest urban problems are timeless. What’s the equilibrium between nature and the city? How does a just and equitable society get created? How do we move a lot of people around? History offers lessons, teachings, and perspective—all wrapped in worlds and lives of mystery and surpassing drama. History can be—and really, must be—one of the tools we reach for in our collective Los Angeles problem-solving. But like all tools, it requires care in use and maintenance. Neglect it, and it’s less effective.

We need to think longer: history is an Archimedes Lever if approached with enough ambition. It must be unspooled to do the most work; it’s at historical length and depth that perspective and leverage can most be brought to bear. Think long—and think hard—about the history of Los Angeles, and we might be able to move the world. Surely this region’s problems require that we think about the future in more than mere chronological bits and pieces like term limits or other snip