Home Uncategorized It’s Back to Business At the L.A. Port 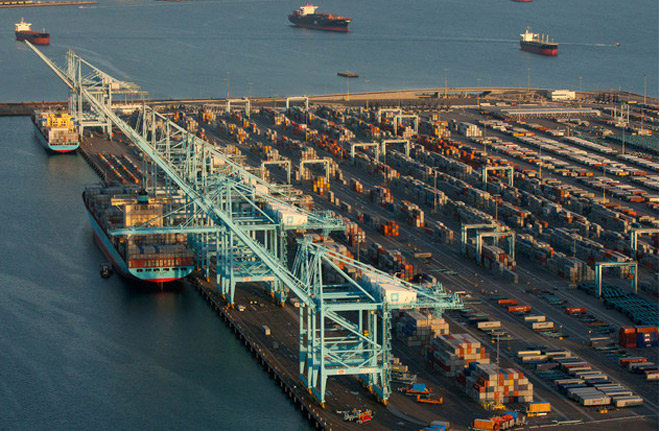 An eight-day worker’s strike that crippled the nation’s busiest port complex came to an end this morning. Ten of the 14 terminals at the Port of Los Angeles shut down when union workers went on strike November 27 in reaction to a disagreement with the shipping companies that employ them. Some ships were diverted to other ports while dozens of others were stuck in Long Beach all week waiting for dockworkers to unload the cargo. In all, the strike affected thousands of workers and cost billions of dollars in local revenue.

Now all is back on track after a federal mediator was brought in last night at Mayor Villaraigosa’s request to bring the two sides to an agreement. Among the many upsides to the strike’s ending: despite concerns, consumers should have no problem finding goods imported through the L.A. port at their favorite retailers this season.