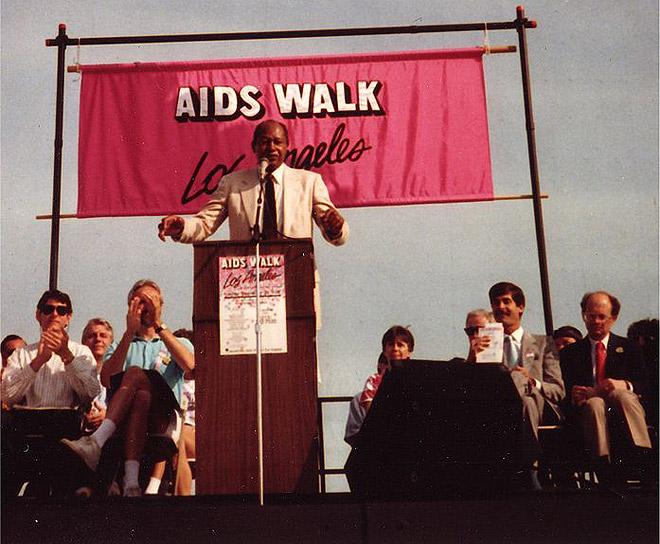 Share
Email
Facebook
Twitter
Pinterest
ReddIt
May 29, 1973
Los Angeles elects its first African-American mayor.
In 1973, Tom Bradley—the son of sharecroppers and grandson of slaves—redefined Los Angeles politics as the city’s 38th mayor. Not only was he the first African American mayor of L.A. (and the only to date), but he was also the first African American mayor of a major U.S. city without a black majority and only the second black mayor of a major U.S. city (Carl Stokes of Ohio, elected in 1967, was the first).
Bradley would continue to make history throughout his career. During his tenure, Los Angeles hosted the 1984 Summer Olympics and surpassed Chicago to become the second most populous city in the country—a distinction it still holds today. Bradley held the top spot at City Hall for 20 years—the longest mayoral term in L.A. history before term limits came into effect in 1990. He retired in 1993 after his approval ratings dropped following the riots of 1992.
Bradley graduated from UCLA and served as a Los Angeles Police department officer for 21 years. He unsuccessfully ran for governor of California in 1982 and 1986.