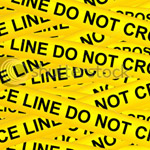 Vaughn Orrin Greenwood, later dubbed the Skid Row Slasher, kills Charles Jackson, slashing his throat and leaving his body near the Central Library. Though Greenwood had committed two murders a decade earlier, his killing of Jackson marked the beginning of a killing spree that left nine men dead in the span of two months.

Greenwood had a particular way of murdering his victims that became a trademark noted by detectives in their search for the Skid Row Slasher. The bodies of victims were posed and sprinkled with salt. Detectives initially believe they were looking for a white male in his late 20s or early 30s who was possibly deformed, weighed roughly 190 pounds and stood six feet tall with long blond hair.

Despite his nickname, Greenwood was ultimately apprehended in Hollywood after attempting to kill William Graham. A letter Greenwood had addressed to himself and dropped at the scene led officials to his residence. Upon searching his home, detectives discovered the cufflinks of one of his victims. Greenwood, a 32-year-old black man, was convicted on nine counts of first-degree murder and sentenced to life in prison on January 19, 1977. He is serving his sentence at Men’s Colony state prison in San Luis Obispo.