Home Uncategorized It Happened This Week in L.A. History: The Fall of Phoenix 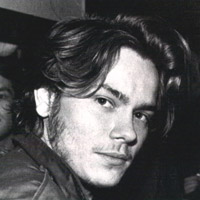 Known for his roles in films including Stand by Me, My Own Private Idaho and Indiana Jones and the Last Crusade, actor, rocker, and heartthrob River Phoenix was on his way to movie star success when his life was tragically cut short by a drug overdose.

Phoenix was set to perform at West Hollywood night club The Viper Room on the evening of October 30, but collapsed outside the venue while club co-owner Johnny Depp was performing with Red Hot Chili Peppers bassist Flea.

Phoenix was convulsing on the ground when his brother Joaquin called 911, but paramedics were unable to resuscitate him. The 23-year-old was transported to the hospital and prounounced dead at 1:51 a.m. Phoenix’s death was attributed to acute multiple drug ingestion including cocaine and heroin. His body was cremated and his ashes scattered over his family’s home in Florida. The film Dark Blood, which he was working on the day of his death, was released in 2012. Following Phoenix’s death, Johnny Depp closed The Viper Room every October 31st until 2004, when he sold his share of the club.