Home Uncategorized It Happened This Week in L.A. History: The Birth of Kwanzaa 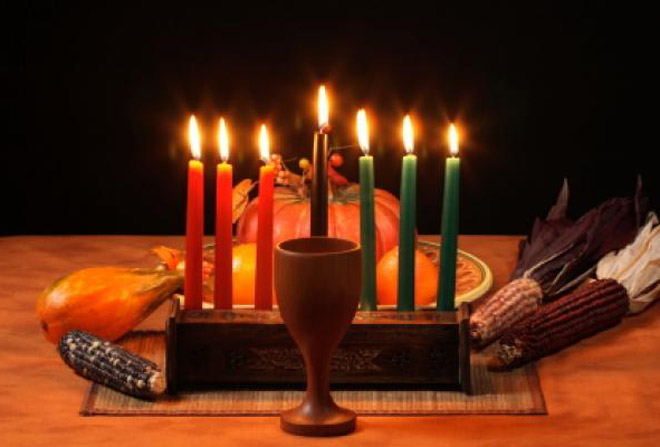 Karenga, a former black activist, established the seven-day, non-religious holiday  after the Watts Riot left 34 dead and 1,000 injured in Los Angeles. In conjunction with the Black Freedom Movement, he also founded US, an organization to unite the community.

Kwanzaa’s name derives from the phrase matunda ya kwanza, which means “first fruits of the harvest” in Swahili. The holiday runs from Dec. 26 through Jan. 1 in accordance with the seven principles (Nguzo Saba) of African heritage that stress communitarian values. These principles are:  Unity (Umoja), Self-Determination (Kujichagulia), Collective Work and Responsibility (Ujima), Cooperative Economics (Ujamaa), Purpose (Nia), Creativity (Kuumba), and Faith (Imani). Each day of Kwanzaa, celebrants greet each other by saying Habari Gani?, which translates to, “What’s the news?” Those who are greeted respond with the principle of the day. At night, family members celebrate by lighting a candle on the kinara, a candleholder, and discussing that principle.

The traditional colors of Kwanzaa—black, red and green—are typically incorporated into decorations including baskets, flags and mats while libations are shared through a communal cup, which is passed around to reaffirm bonds among celebrants. Festivities culminate with an African feast known as karamu.

The Best Cannabis Gifts for Everyone on Your Holiday List

L.A.-Made Gifts for Every Type of Angeleno on Your List