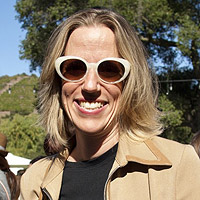 Our very own editor-in-chief was born this week in Panorama City.  A fourth-generation Angeleno, Mary Melton attended Hollywood High and UCLA before beginning her journalism career as an intern at the L.A. Weekly. She went on to become managing editor before taking on an editor position at the Los Angeles Times Magazine.

Melton came to Los Angeles magazine in 2000 as a senior editor and quickly moved up to executive director two years later.  She was named editor in 2009 and, under her tenure, helped Los Angeles to win two National Magazine Awards in 2011 (General Excellence and Feature Writing).  We were also nominated twice more in 2012.