Home Uncategorized It Happened This Week in L.A. History: Art in the Hills 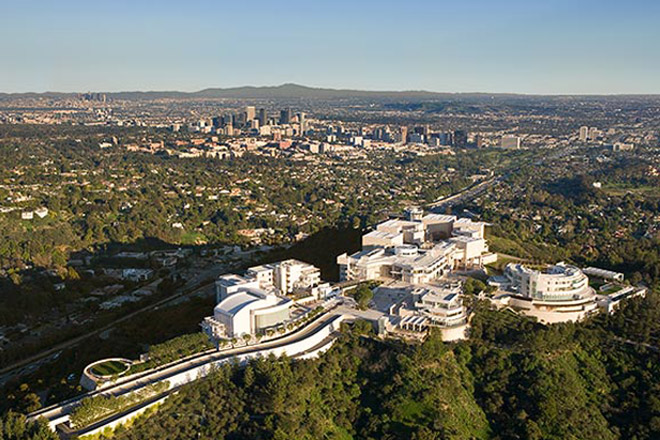 The 1.3 billion-dollar Getty Center, founded by oil tycoon J.Paul Getty and funded by the Getty Trust, opened its doors to the public. The center spans 24 acres on 600 acres of land and is located in the Santa Monica Mountains. Over 1.3 million visit the Brentwood center annually.

The art collection gathered by J. Paul Getty started out as a museum in his home in 1974 and expanded into the Getty Villa and the Getty Center after his death in 1976.  It includes pre-20th-century European paintings and sculptures along with illuminate manuscripts and 19th and 20th century European and American photography.

In 1984, architect Richard Meier was selected to design the Getty Center’s sleek modern look.  Building officially began in 1989, but because of delays it took eight years to complete building.  In addition to the museum, the Getty Research Institute (GRI), the Getty Conservation Institute, and the Getty Foundation are also located in the center.  The research library, a separate building, houses over 900,000 volumes and over a million photographs. The Central Garden designed by Robert Irwin covers 134, 000 square feet and includes more than 500 plant varieties.