Home Uncategorized It Happened This Week in L.A. History: A Righteous Refusal 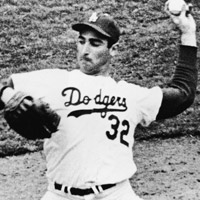 It was the first game of the 1965 World Series, the Dodgers against the Minnesota Twins, and with over 45,000 in attendance at Metropolitan Stadium lead pitcher Sandy Koufax refused to pitch. The game coincided with Yom Kippur, a Jewish high holiday, and Koufax insisted on observing tradition.

Don Drysdale pitched the opening game but failed to win that night. Koufax returned for Game 2 and won the series with a 6-3 victory in Game 7. He was named “Sportsman of the Year” by Sports Illustrated and won his second World Series MVP award. Koufax also earned icon status within the Jewish community for upholding the values of Judaism.