Home Uncategorized It Happened This Week in L.A. History 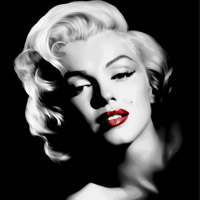 Miss Norma Jeane Mortensen was born at the Los Angeles County Hospital.  Not really up on stage names? You might know her better as Marilyn Monroe.  In 1945, the brunette bombshell was photographed by David Conover of the US Army’s 1st Motion Picture Unit, helping her to secure several magazine cover shoots and a screen test with 20th Century Fox.  By 1946, Monroe’s girl-next-door persona had been pushed aside to make room for the bottle blonde sex symbol she had become.

Over the course of her short career, Monroe appeared in 32 films, was married—and divorced—three times (first to James Dougherty, second to Joe DiMaggio, and finally to Arthur Miller), and received 15 awards and nominations for her work.  She died at 36 in her Brentwood, Los Angeles home, the circumstances surrounding which remaining mysterious to this day.