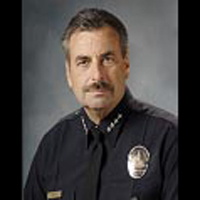 The LAPD today alleged for the first time that one of its officers has racially profiled drivers for traffic stops. An internal investigation found that Patrick Smith, an officer in the West Traffic Division department of the LAPD, was stopping Latinos and misidentifying their ethnicity on reports, presumably to hide his bias. The Los Angeles Times is reporting police chief Charlie Beck “has signed off on the investigation’s findings and ordered Smith sent to a disciplinary hearing.”

The milestone is the result of federal oversight and the LAPD’s creation of a special team to investigate profiling complaints. The investigation’s findings come one month before the 20th anniversary of the Los Angeles riots and as Los Angeles magazine’s Race in L.A. issue hits newsstands. In a CityThinkers forum commemorating the riots, Beck reflects on the ways in which the LAPD has become more culturally aware since 1992. “As a result of what we learned from the L.A. riots, the department emerged stronger and much more capable of protecting the citizens of Los Angeles and maintaining public safety,” he says. “Through training and education, our department is much more sensitive to the many cultures that live and work in our great city. Our ability to change with the times and educate ourselves has improved the way we police our city.”

“In order to continue our upward momentum, we must always remember our successes and failures from the past,” he says. Publicly acknowledging and disciplining racial profiling by officers seems like two good steps forward to us.