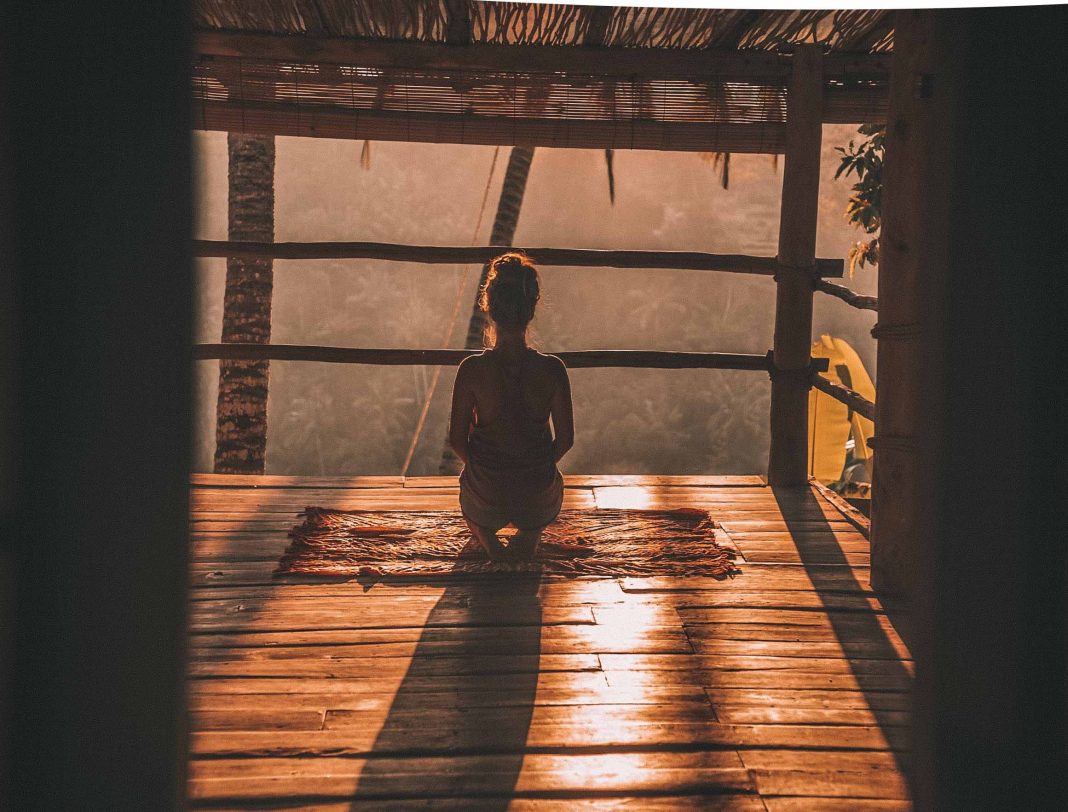 Photo by Jared Rice on Unsplash

The uneasy overlap between the “wellness” movement often associated with affluent, presumptively-left-of-center (though maybe not really that far left in the first place) white women, and more overt conspiracy-peddlers of the far right is nothing new.

Three years ago, Goop was spotted selling products from L.A. brand Moon Juice that claimed a variety of health benefits. It was revealed that, under different branding, those very same natural ingredients were being hawked by InfoWars, the platform of school shooting-denier Alex Jones.

Christina Cuomo, sister-in-law of New York’s Democratic governor, touted bathing in Clorox as a COVID-19 remedy just as Donald Trump was being pilloried for his own comments about bleach and viruses. Back in the mid-2010s, the fear of “chemtrails” was often stoked by people who self-identified as environmentalists. Anti-vaxxers are sometimes “Whole Foods moms.”

But, amid global pandemic, when paranoia and desperation are running high, the danger of repeating and sharing conspiracy theories is intensified–and it appears the “Plandemic” video, in particular, has struck a nerve with a handful of social media stars. Now people whose very job depends on wielding influence over their audience, are using their platforms to push out the debunked viral video and its ilk.

“Plandemic” is a video uploaded in early May by Mikki Willis, described by the Los Angeles Times as “a dad in Ojai making low-budget inspirational videos out of his house.” His previous claim to fame was appearing on ABC 7 after a video he made about buying his son a mermaid doll went moderately viral. Among the video’s debunked claims are allegations that wearing face coverings actually increases your odds of catching the novel coronavirus.

The video prominently features Judy Mikovits, a vaccine-skeptical former biologist linked to a discredited study about chronic fatigue, claiming that COVID-19 was intentionally developed in Chinese and U.S. labs, health officials are falsely inflating statistics about infections, getting a flu shot dramatically increases the likelihood of catching coronavirus, and linking the pandemic to “a shadowy cabal of scientists and business interests, including the likes of Bill Gates and the National Institute of Allergy and Infections diseases Director Dr. Anthony Fauci,” according to the Times. The assertions have largely been debunked.

And while, for many viewers, the video and its allegations lack credibility, it quickly swept through active online and social media communities.

“The video spread from YouTube to Facebook thanks to highly active QAnon and conspiracy-related Facebook groups with tens of thousands of members which caused a massive cascade,” Erin Gallagher, a social media researcher, wrote in a Medium post.

She found the video circulating amongst groups linked to anti-vaxx, chemtrail, and anti-billionaire groups, as well as on Rush Limbaugh- and Tucker Carlson-related pages and ‘reopen’ protest groups. It was shared by would-be wellness gurus and Larry the Cable Guy, alike. Among the early, high-profile sharers of “Plandemic” was Robert F. Kennedy Jr.’s anti-vaxx group Children’s Health Defense; Kennedy also penned the foreword to Mikovits’s book, Plague of Corruption.

As YouTube, Facebook, and Twitter began action to remove the video for violating their terms of service by sharing dangerous medical misinformation, those inclined to believe some or all of the videos claims doubled down, mirroring and reposting the video, decrying corporate “censorship” as part of the scheme.

“The aura of limited-edition content is a promotional strategy for these media manipulators,” Joan Donovan, director of Harvard University’s Technology and Social Change Research Project, told NBC News. “In knowing they will be removed from the major platforms, they create a hype cycle around the piece of content, which would probably only get marginal engagement if it was uploaded to a regular website.”

Among those to pick up “Plandemic” and other COVID-19 conspiracy content are a number of wellness and fashion influencers, better known for stylish selfies, spiritual mottos, and ambitious yoga poses than for speculating about deep state corruption.

New York Times journalist Taylor Lorenz pointed out several incidents of the phenomenon in a series of posts on her Twitter feed this week. “The evolution of L.A. #resistance influencers to full on conspiracy theorists is something to watch,” Lorenz commented. She highlighted recent posts by Carmella Rose (2.3 million followers) and Anna Wood (102,000 followers).

Another one with 2.3m followers. Carmella Rose spent yesterday posting about Obamagate, the plandemic video/promoting anti vaxx content in between photos and videos of herself https://t.co/6IcEwNbOQv pic.twitter.com/4CH6ziMNPd

In another tweet, she responded to speculation that the social media-savvy personalities were simply posting the videos to drive clicks by clarifying that, in fact, several of them have reported drops in their follower counts due to sharing “Plandemic” and related content. Lorenz said that it is her understanding that the influencers are not being paid and are simply sharing this out of genuine conviction.

“People think, ‘oh these influencers are just doing it for traffic’ but that’s not it. Many people deeply believe this stuff now,” Lorenz wrote. “They don’t care if they lose some followers [because] they see these dangerous conspiracies as the ‘truth’ and are intent to spread [them].”

Belief in the conspiracies has already spilled over into real-world danger. Fauci, presented as a villain of the “Plandemic” story, has received death threats and, the Atlanta Journal Constitution reports, the public health expert now requires a “beefed-up federal security detail” for his protection.

RELATED: How to Make a COVID Face Mask (Even if You Can’t Sew)