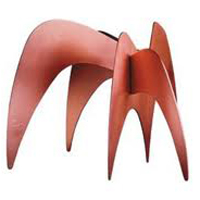 The American Society of Magazine Editors today announced the finalists for this year’s ASME awards (known in the industry as the Ellies) and we’re thrilled to report that we’ve made the list—twice!

“What Happened to Mitrice Richardson?,” Mike Kessler’s September 2011 feature about a 24-year-old woman who went missing after being released from the Lost Hills sheriff’s station in the middle of the night without a phone, car, or money and the subsequent investigation into her death, is nominated in the Reporting category.

Los Angeles magazine arts critic Steve Erickson was recognized in the Columns and Commentary field for his Film and TV reviews.

The 2012 ASME Award winners will be announced on May 3 in New York, but as they say (and we feel) it’s an honor just to be nominated. Congratulations to all—and may the best pubs win.