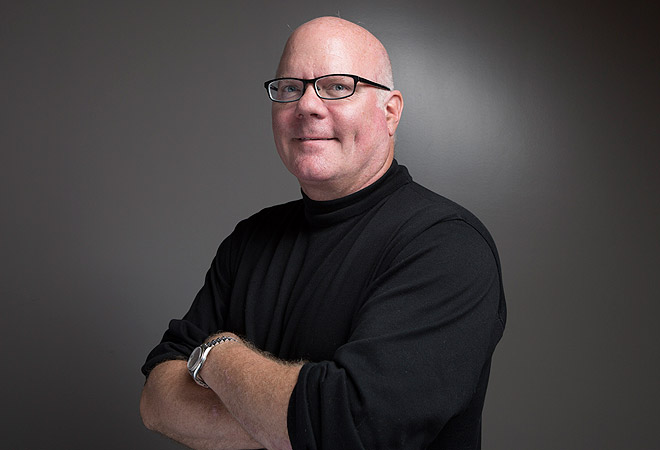 This week, Colin Camerer got to take his seven-year-old son out for his favorite meal: escargot.

“Yes, he’s quite the little gourmet,” laughed Camerer, the behavior economist from CalTech who, last Wednesday, was named one of this year’s MacArthur Fellows. He and 23 other standouts from around the country have been recognized for showing unprecedented creativity in their fields, and all will be paid $625,000 over the course of five years, “no strings attached.” Sounds like as good a reason as any to celebrate over some garlicky snails.

Camerer has worked at CalTech since 1993, combining strategies used in psychology, economics, and neuroscience to study the brain as “an area of decision making,” particularly when it comes to money. One of his past studies tested a theory of labor supply, posing the question, “What is the relationship between how much people get paid per hour and how hard they work,” challenging the benefits of keeping a minimum wage.

Recently, Camerer’s research has focused on theories of economic “bubbles” and how the market can affect human emotion (and vice versa). Staging an artificial Wall Street environment in a lab, Camerer and his team tracked subjects’ decision-making in regards to faux shares and risk-free bonds. He found that the most successful subjects were those who acted according to the part of the brain called the insula (responsible for uncomfortable physical reactions to emotions, like butterflies in your stomach). “Gut feeling is thing,” he said, “but it takes place in your brain.”

The Fellowship came as a surprise to Camerer, who received a mysterious email from a MacArthur representative asking him to comment on one of the nominees. It turned out that nominee was Camerer himself. Even after winning, he had to keep the news on lock: “I was only allowed to speak to one person about it, like prison,” Camerer said, sharing that he told his wife about the honor two weeks before he told anyone else, including his son.

Camerer hasn’t decided just how he will spend his money, but for now he plans on using it in lieu of academic funds that are no longer being offered by the government to help certain studies develop beyond their initial stages. “It will be great to have a steady flow so people can be hired for two to three years,” Camerer said of continuing his behavior economics research. He will also stick with teaching, and expressed interest in running a MOOC: Massive Online Open Course. These courses take place on the Internet and usually free, making them available to virtually anyone. “CalTech accepts two thousand students a year, “ said Camerer, “but you never know, there could be a million kids who are smart enough but don’t have the means of getting to California.”

And while all of those intentions are philanthropic indeed, the MacArthur Fellow has not forgotten about personal purchases. Camerer bought his wife a nice watch for their tenth anniversary as well as his very first smart phone (a Samgsung Galaxy, in case you were wondering). When asked about how the money has changed his life, he answered, “Last night we got a parking ticket and we were like, ‘Thank you, MacArthur!’”