Home Health Being Immunocompromised During a Pandemic Was Scary Enough. Then Public Safety Became... 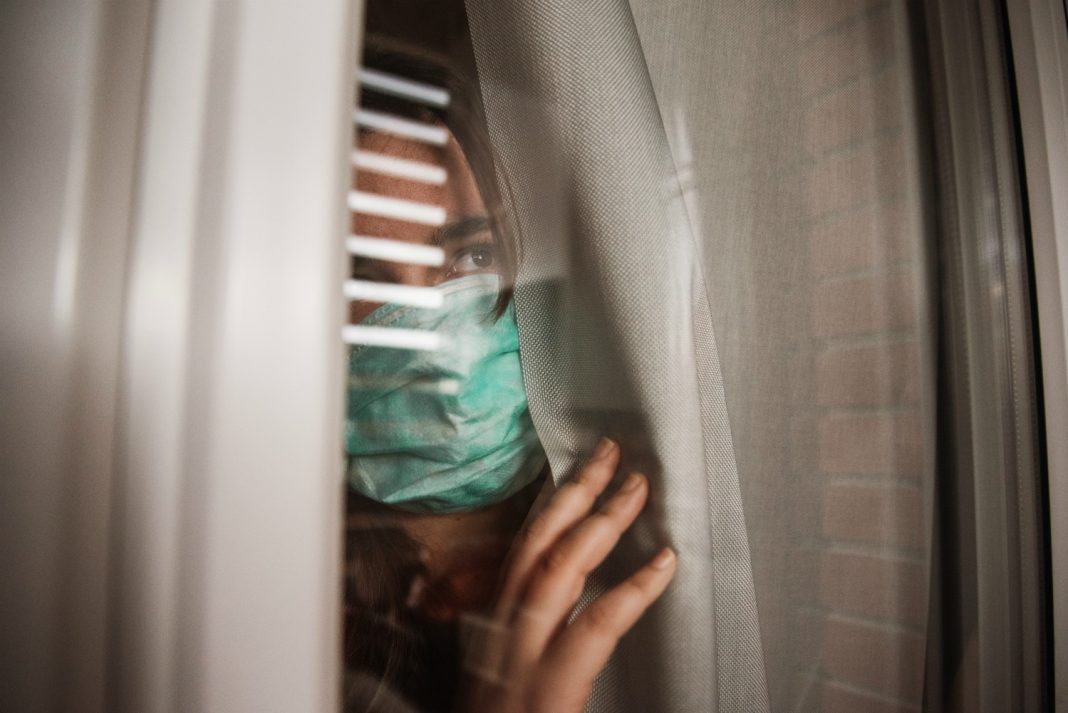 In June, Christina (a pseudonym) intended to spend her 36th birthday socially distanced with family in a park, but called off the event and opted for video chats instead. “I know I’m probably being more cautious than I need to be,” she says, “but taking on any risk is really scary because you have this very vivid memory of what it’s like to be in a hospital and be scared for your life.”

Last summer, Christina was diagnosed with leukemia and has mostly been staying at home since then. After starting chemotherapy, she was neutropenic, meaning that she was low on the white blood cells known as neutrophils, and had been hospitalized for an E. coli infection. She had a bone marrow transplant in November and developed graft-versus-host disease. Christina is taking immunosuppressants and, when she’s off of those, she needs to be re-vaccinated for diseases like mumps. “I’m basically like a brand new baby,” she says.

And then there’s COVID-19. “After being that sick, I made a promise to myself that I was going to live my life more fully and do the things that I want to do and be gracious and positive, but now, I’m just stifled because there’s not a lot to look forward to and there’s no end in sight,” she says. “This might be something that I have to deal with for the rest of my life. I’m trying to come to terms with that and figure out what risk I’m willing to take.”

Immunocompromised people are among those at a high risk for developing more severe cases of COVID-19. That’s a large and diverse group of people whose immune systems are weaker than average for a variety of reasons. Some people are immunocompromised due to therapies for diseases like lupus and certain cancers. For transplant recipients, immunosuppressants help keep the body from rejecting a new organ. For others, uncontrolled diabetes and untreated HIV can lead to compromised immune systems. Then there are people with heart and lung diseases, who may not have suppressed immune systems, but who have more difficulty fighting off a virus like COVID-19.

It’s a “broad set” of scenarios, says Dr. David Quinn, Medical Director of USC Norris Cancer Hospital. Being immunocompromised can mean that a person catches a virus easier than others, but it also impacts how their bodies handle the virus. “If an immunocompromised person gets a sickness—they get a viral infection—they do worse than if they weren’t immunocompromised,” says Dr. Quinn.

For those who are immunocompromised, life during the pandemic means considering risks that others may not. It can also mean trying to protect yourself when many aren’t looking out for each other.

When Juliet, who wanted to be identified by only her first name, gets a flu, it can turn into something much worse. Now in her early 40s, Juliet was diagnosed with systemic lupus erythematosus during childhood. She’s immunocompromised as a result of the medication she takes and developed routines to try and stay healthy long before COVID-19. “Before, I would be very careful about touching doorknobs and not touching my face, washing my hands. I had that protocol already,” she says. Since the pandemic, she’s stepped up those practices. Juliet tries to limit her errands to one day a week. When she does go out, she follows a cleaning ritual similar to what a health care professional might do. She also washes her groceries and sprays whatever is packaged in cardboard. “I’m trying to be extra mindful,” she says.

“We set up a new standard of living,” says Jessica (a pseudonym), a 29-year-old actor who went into quarantine in late February, when her boyfriend, a “news junkie,” started keeping tabs on the pandemic as it unfolded in China and Italy.

“I have to ask myself, ‘What is worth my health?'”

For Jessica, who was diagnosed with chronic myeloid leukemia at 25 and takes a daily chemotherapy pill, being immunocompromised during a pandemic has her thinking about work as productions begin to resume in Los Angeles. Her last acting gig ended at the end of 2019. “It feels like I should be fighting for every opportunity,” she says, but, Jessica adds, she has to ask herself, “What is worth my health?”

Dr. Quinn notes that, while compromised immune systems have been recognized by doctors for a very long time, there are more people immunocompromised now. Today, more people are living with cancer and other diseases thanks to therapies that didn’t exist even a few decades ago. Sometimes, though, those same therapies are also what suppresses the immune system.

For people who are immunocompromised, staying away from the virus is often a team effort that involves families, partners, roommates, and anyone else who might be in close contact with them. “If you live in the same house as a person who is immunocompromised, it’s very difficult to isolate them. It’s also socially difficult,” says Dr. Quinn. “If you have somebody in your house who is potentially more at risk—and everybody is at risk from getting this—you need to do the duty outside of making sure that you don’t bring COVID-19 back into your house.”

Emily Taylor was 28 when she was diagnosed with stage-four lung cancer. After eight rounds of chemo and surgery that included the removal of one lung, she’s been cancer-free for more than seven years. “In my case, I’m immunocompromised not because of active treatment. It’s every day, I’m weaker than the average person,” she says.

“I felt like we were all in this together and everybody was united as one. When people started going back out into the world, I realized that I was kind of alone”

Taylor is married with young children and has other family living with them as well, which she says has been a help. She says that she started feeling a little “FOMO” when the lockdown guidelines began to loosen. “I felt like we were all in this together and everybody was doing it and everybody was united as one. When people started going back out into the world, I realized that I was kind of alone,” she says.

“I had my family and people supporting me, but it really brought home to me that I was different and our situation was very different and that we’re going to have to make a lot of concessions in order to preserve my health and our family’s health,” she continues. “It meant that, not only would we be alone, but I would be affecting the lives of everyone around me.”

All this is further complicated by the politicization of pandemic, which has made even the simple act of wearing a mask in public a point of protest. In total, I talked to six immunocompromised people for this story, and every one of them had something to say about the lack of unity as COVID-19 persists in the U.S. Jason (a pseudonym), who is currently undergoing chemotherapy, referred to aggressive anti-maskers as a sign of a “pretty bleak society.” Graham Greene, who is immunocompromised due to maintenance therapy for acute lymphocytic leukemia, wonders if people realize that the point of the mask is to protect others: “It seems like everybody knows, or everybody should, but I don’t think that’s the case.”

If anything, the COVID-19 pandemic has shown how interconnected we all are. “The reality of being immunocompromised is that you’re relying on your community to be there for you. In this time, there are a lot of people in the community and I don’t know if they don’t care or they have different priorities,” says Jessica. “It feels alienating.”

RELATED: How Public Transit Riders Are Managing Their Metro Commutes During the Pandemic