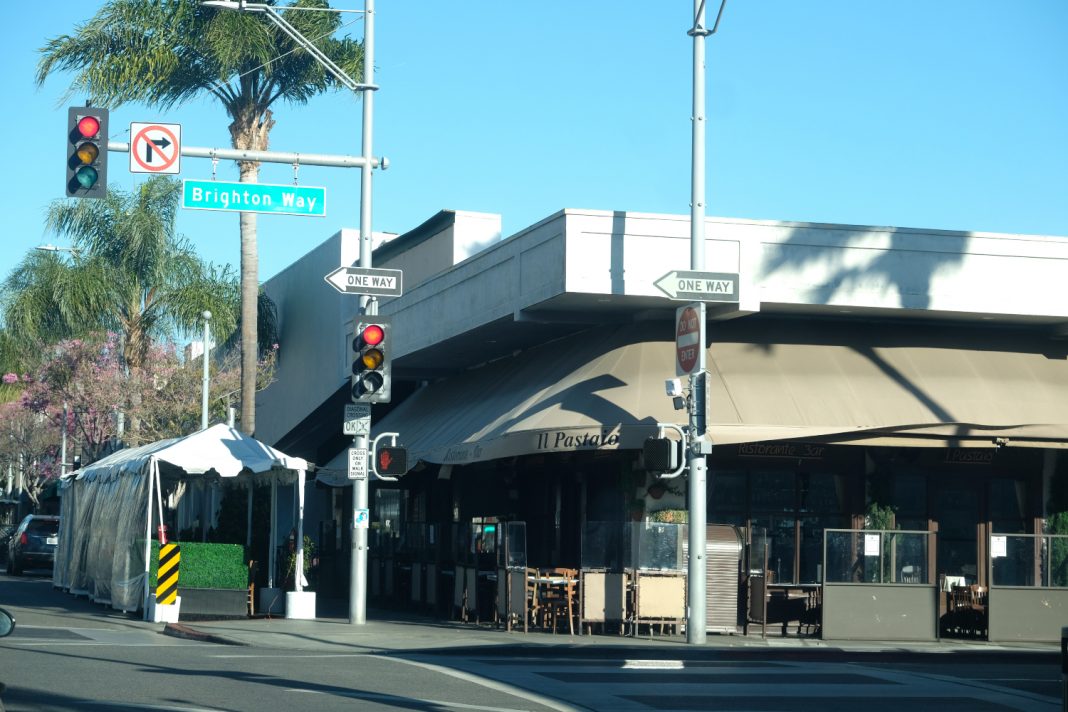 UPDATE: MAY 12, 2021 – Three men are in custody in connection with a March robbery at Beverly Hills restaurant Il Pastaio, CBS Los Angeles reports.

Each of the men is charged with one count of conspiracy to interfere with commerce by robbery, a federal crime. The $500,000 wristwatch stolen from jeweler Shay Belhassen has not been recovered.

MARCH 8, 2021 – When three men in hoodies—at least one of them armed with a gun—entered Il Pastaio last Thursday and rushed a local jeweler sitting down to lunch, it appears they may have had their eyes on a very specific prize.

Shay Belhassen, who has a new jewelry showroom near the upscale Italian restaurant where the stickup took place, was robbed of a rose gold Richard Mille RM 11-03 Flyback Chronograph, a watch he says is worth $500,000. The robbery resulted in a scuffle, during which a woman was shot in the leg. Another person also suffered minor injuries.

“One of them ran and pulled a gun from his jacket pocket, grabbed me from the back of my chair, choking me and putting a gun to my head,” Belhassen told the Los Angeles Times. “His two friends one of them is yanking my hand and the other is yanking at my watch.”

According to The New York Post, the luxury watch brand is a favorite of famous people like Rafael Nadal, Jackie Chan, and Natalie Portman. Journalist Declan Quinn called owning a Richard Mille the “ultimate stealth signifier of extreme wealth.”

Police say the incident is part of a “disturbing trend” of people being shot during robberies. According to the LAPD, 18 people have been shot during robberies so far this year, versus one person during the same period last year. On February 24, Lady Gaga’s dog walker Ryan Fischer was shot in the chest when armed men attempted to steal the singer’s three French bulldogs. Two of the dogs were taken, but were found unharmed and turned in to police.

Police have also noted an increase in robberies specifically in which expensive watches were taken.

In the wake of the Il Pastaio robbery, Beverly Hills Police say they’re ramping up security patrols in the area. “I want the world to know that Beverly Hills is a very safe community,” Beverly Hills Police Chief Dominick Rivetti wrote in a statement released on Saturday. “We invest significantly in our police department to ensure our officers have every resources necessary to do their jobs effectively. We will be supplementing our personnel with armed, private security guards who will have a strong, visible presence in the City. We work closely with our businesses so that shoppers and restaurant guests feel comfortable and secure. And we are vigilant in investigating and bringing to justice those who make the grave mistake of committing crimes here.”

RELATED: Lady Gaga’s Dogs Have Been Turned In Unharmed