Home Uncategorized I Took off My Top and Walked Down Hollywood Boulevard for Gender... 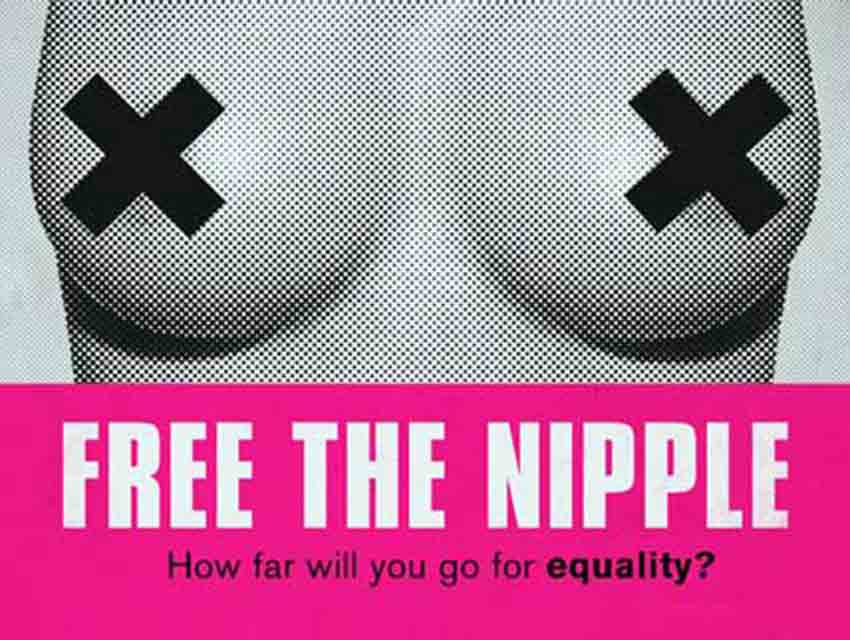 I’m a rally organizer for the Free the Nipple campaign and the walk that took place on Hollywood Boulevard earlier this month was the culmination of my work over the last two months.

I had heard of the Free the Nipple campaign and thought it was brilliant but did not think to get involved personally until I read an article about a rally that took place in Venice Beach. Organizing an event was something that I could do, so I contacted Free the Nipple campaign founder Lina Esco with my idea to stage a demonstration along Hollywood Boulevard. She said she had wanted to do one in Hollywood for a while but didn’t have the time to organize it herself. We agreed to work together on the event.

I set a day and time for the walk and got busy getting the word out via social media. I created a Facebook event, wrote an article for Galore magazine (where I was interning at the time), and posted on Instagram. The response was mostly positive, but I felt compelled to do even more to promote the event. So I decided to post and hand out flyers in places like UCLA, USC, on Hollywood Boulevard and around West Hollywood. On the flyer: Lina and me undressed from the waist up.

I wanted the flyer to get people interested in the rally. But more than that, I wanted it to shock people. I wanted it to say, “Look how natural and inoffensive toplessness is.” I wanted these things because I want to live in a society where women don’t have reason to feel ashamed of their bodies or feel afraid to show them.

But that doesn’t mean that exposing myself for the cause was easy. Although I am comfortable with my body and being naked, I found myself hurrying away after posting a sign in a crowded area. More than one man I approached about the event shouted obscenities at me. Two followed me for a few blocks, asking where I was going and if they could come, too. Overall, women responded to me more positively, although a few shot extremely disapproving looks my way. I reminded myself why I was doing this constantly to shore my confidence.

In the end, a few dozen people ended up participating in the rally. I was nervous as I waited for people to show up. Within half an hour though, I was leading the group of women and men down the boulevard with nothing but tape and pasties covering our nipples. I felt empowered and free as we chanted, “Free the nipple” and “Desexualize the female body.” If posting the flyers may have tested my commitment to the concept behind the cause, then the walk solidified it. I brought together like-minded people to showcase a new model for gender equality. I exposed myself, and had never felt less vulnerable.