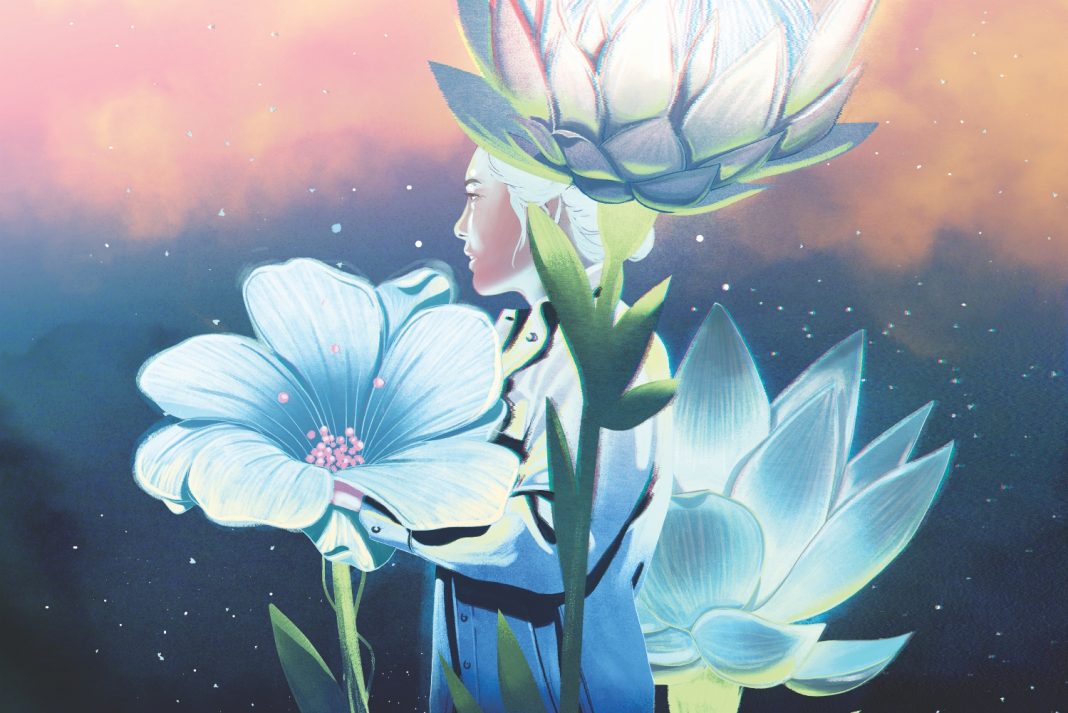 Sequestered not in an industrial basement but in a modern three-bedroom on L.A.’s Westside, Ima Matul was a person living in slavery. The 17-year-old had arrived to fill a nanny position for relatives of her previous employer in Indonesia. Because the American family would provide airfare and paperwork, she had promised to work with them at least two years.

Initially Matul had looked forward to earning higher wages and escaping small-town gossip about her termination of an arranged marriage to a much older man. But on her arrival in Los Angeles in 1997, she was sent to another family by the woman she’d planned to work for. They gradually piled housekeeping duties on top of Matul’s 24-hour care of their infant son. “After a while, the cleaning lady doesn’t come anymore,” Matul says, “and I end up doing everything around the house—cooking, cleaning, laundry, washing the car.” She worked daily until 10 or 11 p.m., slept on the floor of the TV room, rose every couple of hours with the baby, and was up before him in the morning. When she dropped a glass, her employers noted a deduction to her pay. When she inquired about her pay, the couple said they were safeguarding it until she completed her term.

Escalating verbal abuse from the wife—in truth, a slaveholder—ultimately turned physical, and Matul found herself in a hospital emergency room. Yet she had nowhere to escape, zero money, and only a bit more English than that. Unbeknownst to her former Indonesian employer, his relative was a human trafficker and had sold Matul to the family she lived with. Rates for domestic servants have been on the rise but can range from a few thousand dollars to upward of $30,000. Protecting their investment, the couple had intimidated Matul with the threat of jail time if she ever dared to run. When the violence worsened in the third year, Matul managed to write a note to the nanny next door: “Please help me.”

“It took me a while to just write that sentence,” Matul remembers. “I was so afraid that my trafficker would find it.” The day Matul grabbed the packed suitcase she’d stowed in the garage, walked two blocks, and entered the car belonging to the neighbors’ nanny, she wound up at CAST. The Coalition to Abolish Slavery & Trafficking is L.A.’s largest organization addressing human trafficking comprehensively and in 2014 received the Presidential Award for Extraordinary Efforts to Combat Trafficking in Persons. A case manager addressed Matul’s immediate concerns—housing, health care, and safety. Later, an aftercare plan was tailored around her counseling needs, legal requirements, and personal ambitions. “We’re one of the few organizations in the country working to achieve the goals of our client, the survivor,” says Kay Buck, CAST’s CEO, “instead of pushing a cookie-cutter model on them.” To learn English and acquire new job skills were Matul’s short-term aspirations. Having attended only one semester of school in her life, she would eventually shoot for her GED and obtain it.

California has consistently accounted for the highest number of calls to the national hotline for reporting human trafficking (888-373-7888/Text: BeFree) since it was founded a decade ago. Because of its underground and multifarious nature, the problem can be difficult to fully measure and is frequently misunderstood. Whereas citizens of developing nations may be the victims who most readily come to mind, about 25 percent of CAST’s 700 to 800 annual clients are U.S. citizens. Men and boys are also a forgotten face of the issue, even though they account for a quarter of cases. And while sex trafficking is sometimes thought to be synonymous with human trafficking, half of those CAST serves are like Matul, people who have—through force, fraud, or coercion—been compelled into labor in private homes, hotels, restaurant kitchens, farms, assisted-living facilities, and elsewhere.

“When people realize human trafficking is also happening in very affluent areas of the county,” Buck says, “that’s when they’re really surprised.” She sees the largest number of cases—10 percent of the total—in Koreatown, about half as many in Long Beach, and the rest spread out across the county everywhere from Echo Park to Santa Monica.

Survivors of human trafficking who connect with emergency and rehabilitation services usually do so through calls they or Good Samaritans make to the national hotline or local o shoots. Law enforcement is another source of referrals as a result of significant partner- ships such as the L.A. Regional Human Trafficking Task Force, the country’s largest collaborative effort against modern-day slavery. In a shared Monterey Park office space, L.A. sheriff’s officials and CAST employees work with an army of other entities to help enslaved people filtering through the criminal system, whether they have been rescued during a federal sting or arrested doing the bidding of their traffickers. Prostitution, for example, is considered human trafficking when the subject is underage or a pimp uses force, fraud, or coercion.

“I can give you shoes and clothing all day long, but what really needs to happen is to unwrap all that trauma and make sense of it so you have the ability to move forward.” —StePHany Powell

On September 1 of this year, the mayor’s office and CAST opened a new emergency shelter exclusively for survivors of trafficking. According to CAST’s tally, about half its clients are without a home, and experts warn against diverting this population to homeless or domestic violence shelters because of the particular care their compounded traumas require. “The lack of housing is a huge issue for this community,” says Stephany Powell, a former police officer and the executive director of Journey Out, a prominent nonprofit that helps adults exit sex trafficking. From the time a girl padding around the neighborhood of her foster home in flip-flops is picked up by a pimp to when she finds herself in one of Journey Out’s programs, she may have spent 20 years or more enduring childhood molestation, rape, robbery, domestic abuse, and sometimes—somehow—worse. “There’s a lot to unpack,” Powell says. “You need 24-hour care for when she wakes up in the middle of the night from all that trauma.”

Among its many programs, Journey Out sends its crisis response team to the prostitution tracks of Figueroa, Western, and Sepulveda to hand out discreetly packaged information about wide-ranging programs, from crisis services citywide to an array of mental health options out of its own Van Nuys and South Central drop-in centers, including individual therapy and survivor-led support groups. “I can give you shoes and clothing all day long,” says Powell, “but what really needs to happen is to unwrap all that trauma and make sense of it so you have the ability to move forward.”

This restorative process is complicated by the severe stigma around sex work and the resistance many women in it have to perceiving themselves as victims. “Romeo” and “CEO” pimps are known for using mind games—posing, respectively, as boyfriends or Hollywood-connected mentors before insisting their targets help pay “just one” bill (and then another) by strip- ping or performing a sexual act with someone else. “Guerrilla pimps,” by contrast, assert control through methods as violent and overt as kidnapping and torture.

“When your body is taken, stolen, or robbed, being vulnerable with people again is extremely difficult,” says Laverne Delgado-Small, the executive director of Freedom & Fashion, an organization that offers young survivors of trafficking and other injustices innovative 4- to 12-week curricula in fashion, beauty, or styling. In these counseling/job-training hybrids, lessons on dress design or shades of lipstick glide naturally into discussions of race, grief, and self-esteem. As the students move toward finding jobs or their own apartments, the organization says it arrives like a “jetpack” behind survivors’ full- time programs to improve their odds of success. A former executive coach and youth pastor, Delgado-Small says, “We talk about how to let shame go, and with confidence and vulnerability share our journeys in a powerful, purposeful way.” Each year, students pour their experiences into designs featured at a benefit fashion show.

Refining personal stories into fuel for change can be a profound element of a survivor’s healing arc—irrespective of legal consequences for the traffickers. Although the couple who exploited Ima Matul continue to walk free, she has found other avenues to justice. Her first advocacy visit to Sacramento in 2008 to lobby for survivors’ rights to green cards was life-changing. After the success of that effort, she set a new goal: to land a job like the one she has today as the coordinator of CAST’s survivor leadership program, which creates and in influences government policies to benefit victims of human trafficking and prevent new instances of slavery in America. “It was amazing how a survivor, someone who was enslaved, has a voice to change a policy,” says Matul, now the 38-year-old steady-eyed mother of three. “I felt so proud that I can do this, that someone is actually listening.”

CAST Donate online or at an event. Have your business or community group become a fundraising partner. castla.nationbuilder.com/donate.

JOURNEY OUT Educate your community about sex trafficking with these two powerful YouTube videos: Beautiful: How I Got Into the Life and The Making of a Girl. Donate online. mightycause.com/story/journeyoutla.

Want to help L.A. nonprofits get the support they need? Participate in our annual GIVE L.A. Challenge. And bid on exclusive finds for a good cause in our Best of L.A. Charity Auction.