Home News How the War With Russia Is Impacting L.A.’s Ukrainian Businesses 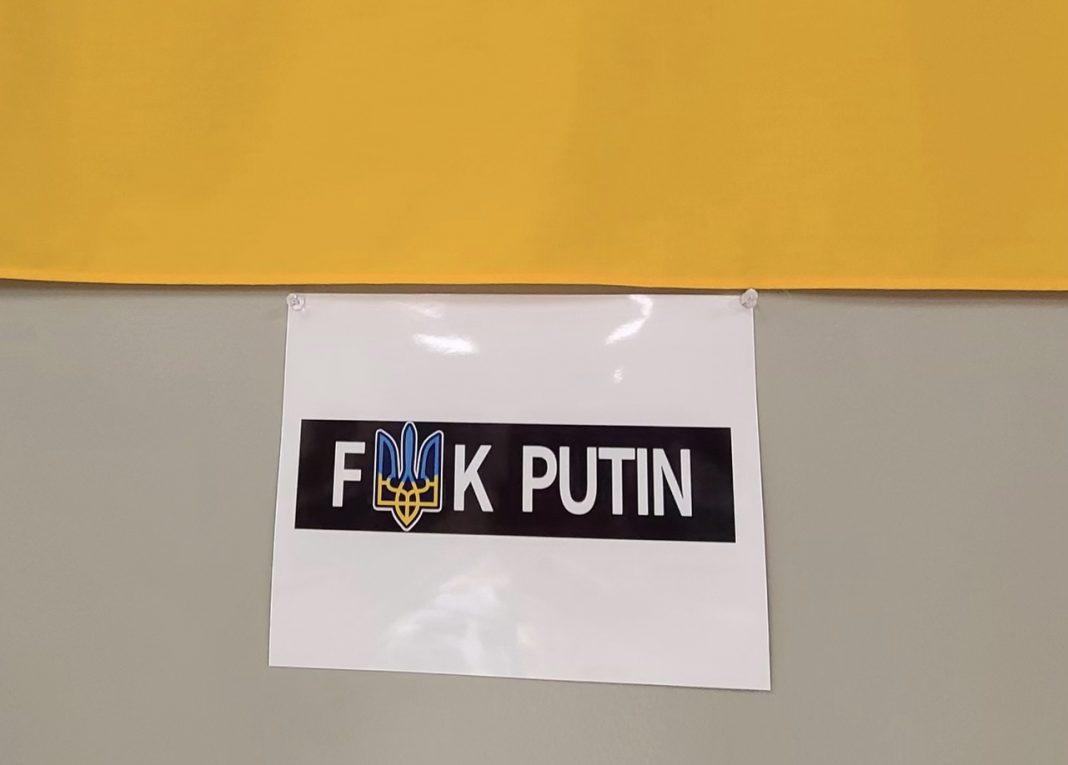 Amid Russia’s war on Ukraine, many Los Angelenos have rallied around locally-owned Ukrainian businesses and special interest groups. However, some Ukrainians have received mixed reactions from their neighbors.

Anna Bolbot, who owns and runs a Ukrainian café and market called Grandma’s Deli Babushka in West Hollywood, said she has seen a division among her customers. Her Ukrainian, Russian, Jewish, Armenian, and American patrons all share a love of Eastern European food.

Many Russian regulars have come in the store telling Bolbot “not to worry” because Putin is sending troops there to “help [her] family and people” by killing “fascists and nazis,” Bolbot said. But some interactions with Russian clientele have gone beyond remarks like these.

To show support for their country, Bolbot and her husband Alex Smezkho decided to hang a Ukrainian flag that says ‘F Putin” on their wall. A couple of weeks ago, one of their regulars, a Russian woman, saw the flag while she shopped and began screaming “nazis” and “fascists” at Anna and her employees before running out of the deli.

“The disinformation about the war kills me,” Bolbot said.

However, Bolbot forgives her Russian patrons because she was also pro-Putin when she moved to the United States in 2008. It was not until her husband encouraged her to stop watching Russian news channels that she began to see Putin as a “big liar” and a “devil.”

“I need to be patient with Russians because I was also there. I used to view this [same] news,” Bolbot said.

During this time, Bolbot has also had a lot of support from her American and Ukrainian customers. “It’s amazing, very touching,” she said. One customer even sent her flowers with a note that read, “I pray for the safety of your family, friends, and people of Ukraine.”

Bolbot is not the only Ukrainian business owner in Los Angeles struggling with this divide. Since the invasion began, Rina Atroshenko has also dealt with some harassment at her Russian Ukrainian restaurant Traktir.

Atroshenko grew up speaking Russian because Ukraine was still a part of the Soviet Union when she and her family fled Jewish persecution in the 70s. But she started identifying as Ukrainian in 1991 after the fall of the Soviet Union. But because her restaurant serves both Russian and Ukrainian cuisine, there has been a lot of confusion concerning the restaurant’s identity.

She said people would call and say, “Hey you’re a Russian restaurant. What are you doing?’ Just cussing out my staff.”

One man even called and asked her employee where she was from. When she responded she was Ukrainian and so were the owners, the caller said, “Well, sure you are,” and hung up. But Atroshenko says there “hasn’t been much of that.”

She has also had a lot of customers coming in who “proudly order” Ukrainian dishes and “just want to talk” and ask questions. But most of the support she has received has been from her staff, who are Ukrainian and Russian.

“Everybody asks how you’re doing on a daily basis, asking how your family is, where is your family… this is the [new] routine of greeting,” Atroshenko said.

There has not been any tension between her Russian and Ukrainian employees. Some of her Russian staff actually “feel some kind of guilt” for what is going on. However, Atroshenko assures them, “they’re not here to be blamed… they left a dictatorship to live here in freedom… they’re not responsible for what’s going.”

“We feel like we’re family. We just want to… wrap our arms around and hug and hopefully…Ukraine remains Ukraine,” Atroshenko said.

Andrea Kusina, a coordinator and dance instructor at the Ukrainian dance ensemble, Chervona Kalyna, has also felt a sense of unity in her community during this time.

“We’ve been getting so many emails …reaching out to us, asking about… information, what they can do, how you can help, if you can donate anything. It’s really amazing seeing… not only Ukrainians, but non-Ukrainians come together just to help out,” Kusina said.

She and her ensemble have only had one rehearsal since the war began because it has been “hard for a lot of people to have that… energy to dance.” But dancing with her fellow Ukrainians brought comfort.

“When you see everyone coming together, it’s at least a little bit of positive vibes and hope,” because “in times of hardship like this, you need to be together,” Kusina said.

She has always been eager to embrace her Ukrainian heritage, but while this war unfolds, Kusina feels a deeper connection to her roots. And she wants people to know, “we are Ukrainian, and this is what Ukrainian culture is.”

Gibson and Julien’s to Auction Celebrity Guitars for Ukraine