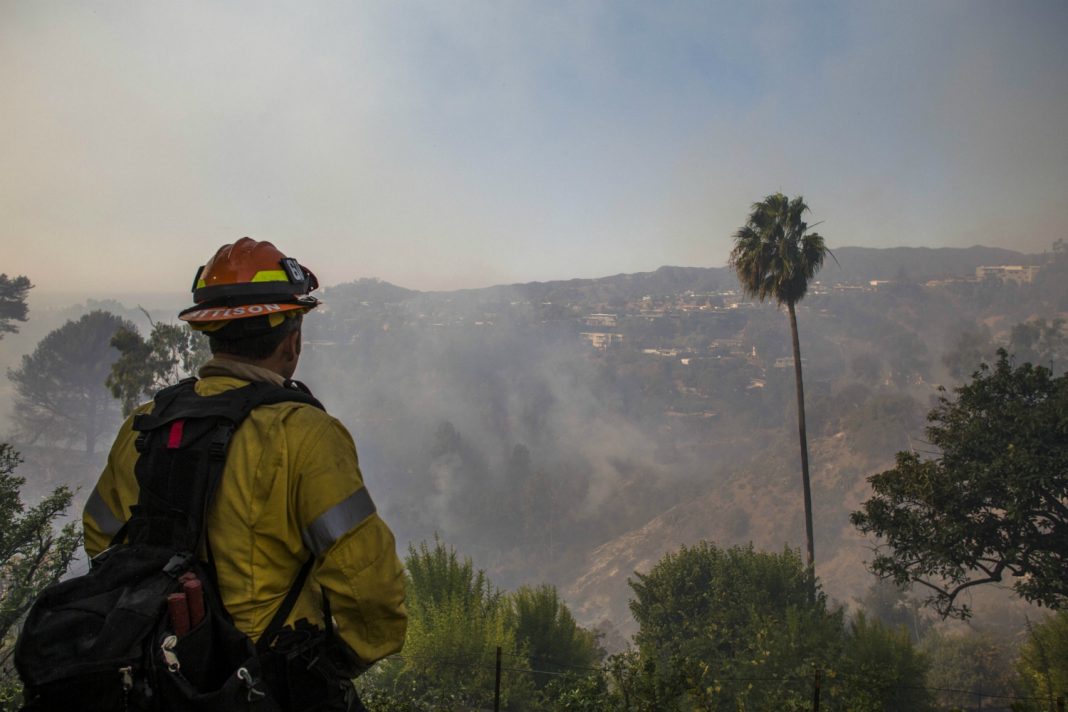 The Getty fire was caused by a tree branch that broke off during high winds and blew into nearby power lines, officials announced during a press conference on Tuesday. Arson investigators determined that sparks from the lines, which remain intact and functional, ignited a nearby bush at the 1800 block of Sepulveda Boulevard, and flames spread quickly due to the Santa Ana winds.

Officials said that unlike other high-profile fires in recent years, this did not happen because the power lines malfunctioned. “This was simply put, in plain parlance, an act of god,” said Mayor Eric Garcetti.

The LAFD has released a video of the fire igniting, captured by the dash cam of one of the first 911 callers to report the blaze. According to the most recent LAFD figures, the fire has burned a total if 656 acres, destroying 12 residences and damaging five.

The Getty Fire is currently 15 percent contained, and firefighters are working to extinguish flare ups before another Santa Ana event begins at around 11 p.m. tonight. The National Weather Service has issued a rare “extreme red flag warning” about tonight’s winds, saying that they could reach hurricane-like levels of 80 mph, which could further spread the flames.