Home Crime A Brawl Between 60 to 100 People Broke Out at a Disneyland-Area... 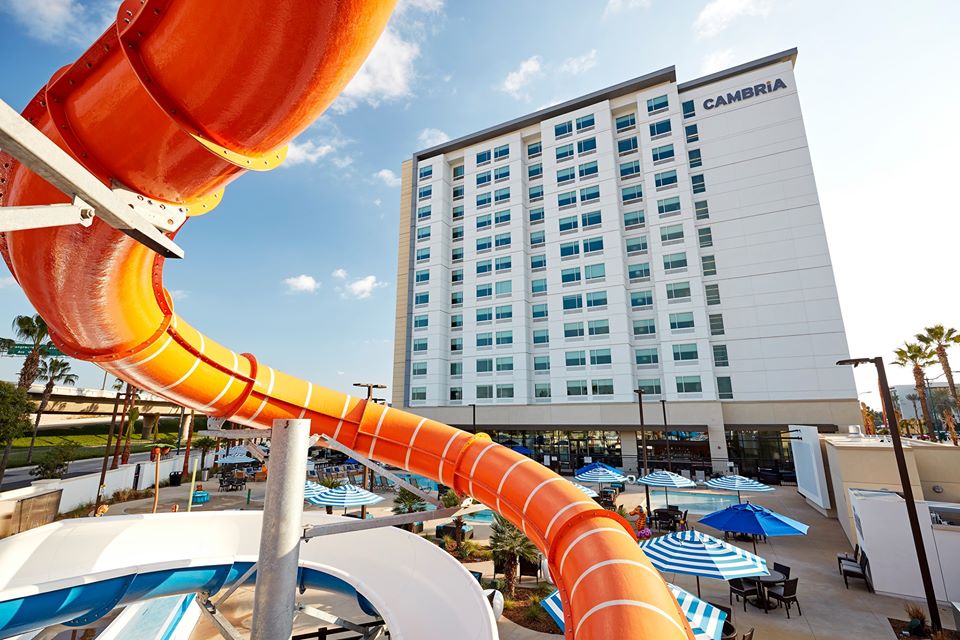 Anaheim police responded to reports of a brawl at the Cambria Hotel & Suites this afternoon which, authorities say, involved 60 to 100 participants. Two individuals were arrested, and several are being treated for minor injuries. At least two people were stabbed.

According to witnesses, the thing that triggered the melee was a poolside mishap between children. An 11-year-old reportedly pushed his cousin in a playful manner, but the cousin accidentally fell onto an unrelated group of children nearby.

“It was just an accident,” Raymond Brown told KTLA about the altercation. “Then that’s when they tried to fight us and they all went to the basketball court and then we got in the hotel and they just started throwing bottles and stuff at us.”

From there, the fight appears to have escalated dramatically. By the time police arrived, they reported finding people brawling outside and in the lobby of the hotel.

“The officers arrive and were immediately met with about 40 people fighting outside,” Anaheim P.D. Sargent Shan Carringer told the Orange County Register. Inside, another “50 to 60” individuals were observed, in a scene he describes as “pandemonium.”

“It was men and women, adults, and juveniles,” Carringer noted. “It sounds like people had broomsticks and whatever objects they could find in the hotel.”