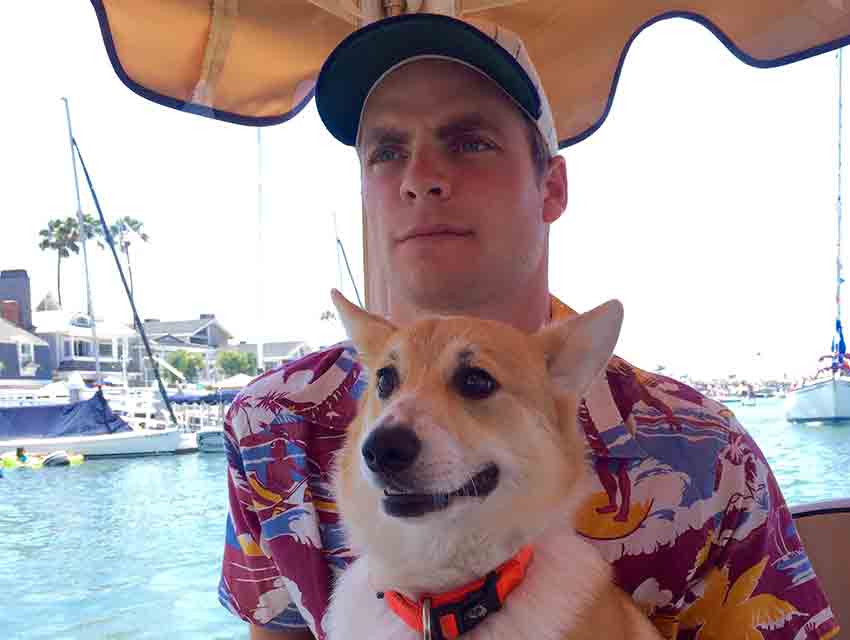 Eleven presidential candidates may have graced the stage at the second Republican Debate on Wednesday night, but a strong-jawed brunette in the second row walked away with America’s Twitter-loving heart. “Hot Debate Guy,” who has since been identified as Angeleno Gregory Caruso, is a 24-year-old USC film school graduate who, like his developer father, Rick, has an interest in conservative politics, business, and urban issues. He’s completed a documentary about the resurgence of manufacturing in the U.S. called Made in America and has another, about kids growing up in the projects of Watts, in the works. Caruso’s also got a level head on his shoulders: “I was flattered,” he says of becoming an online star, “but I’m taking it with a grain of salt.” We asked the man behind the meme to divulge more about non-issues—for the sake of the Internet, of course.

Dating style: Old School.
“I don’t know if I have an ideal date. I think dating has definitely changed over the years, especially with social media and I think it would be refreshing it guys felt more comfortable asking a girl out on a date in person. It might be tougher, but it’s the right way to go about it.”

Dream girl: Down-to-Earth
“I look for an honest person, someone true to themselves. A nice person. Someone that you can have fun with and get along with. That’s the most important thing.”

Relationship deal-breakers? “Not being a Democrat—I’m not that conservative.”

Hobbies: Hanging out with my Corgi puppy, Clarence
“He’s eight months old. He’s the coolest guy out there. We hang out every day. I work from home so we’re together most every day. We go for walks and visit my parents, who have two Golden Retrievers, and that’s our normal routine. Nothing too crazy.”

Philosophy on life after becoming an Internet meme: Stay grounded.
“The fact that I literally did nothing but sat and watched a debate? I’m aware of that. Hopefully I can turn this publicity into a positive experience. Anytime you get exposure you have a responsibility to use it in the right way. I don’t feel any more important because this happened.

I’ve been asked ‘How has your life changed?’ My life really hasn’t changed much. My last two days have been a little more exciting than usual, but just being at the debate, even if none of this had happened, was an honor and a pleasure.”