On Tuesday, Los Angeles City Councilman David Ryu quietly introduced a motion that would rescind an “Overnight Parking District” he created in Hollywood in April.

Encompassing a small cluster of commercial streets between Santa Monica Boulevard and Lexington Avenue, the established district made it illegal for cars to park in the area between the hours of 2 a.m. and 6 a.m. at the risk of being towed. According to the original resolution, it was intended to protect residents from “the problem of criminal activity and health and safety issues related to non-residents and homeless parking their vehicles overnight in their neighborhood.” 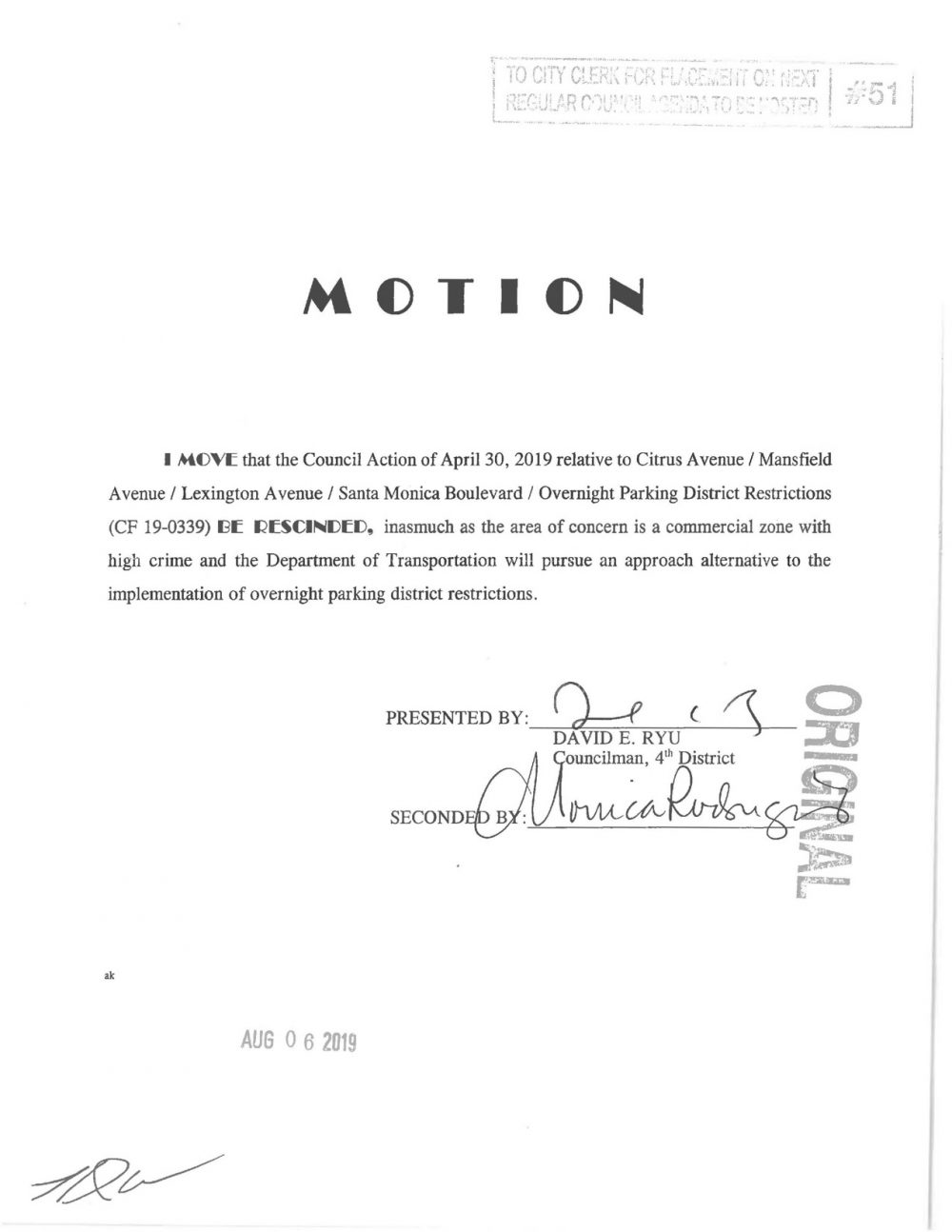 While a minor change in parking restrictions might seem insignificant at first blush, Ryu’s reversal comes in the wake of a controversial City Council decision to extend a ban on sleeping in vehicles in the city. With over 16,000 Angelenos living in cars, RVs, and vans and not nearly enough city-mandated “Safe Parking” lots to accommodate them all, the issue of where exactly car-dwelling homeless individuals are supposed to sleep at night has been a growing source of debate in recent weeks.

While technically speaking it is still legal for Angelenos to sleep in their cars on “green streets”—or, streets that are non-residential and at least 500 feet from a park, licensed school, preschool, or daycare facility—a growing number of “Overnight Parking Zones” like the one in Ryu’s district and other targeted parking restrictions have made these safe havens few and far between.

“In the last three years, because of vehicular homelessness, green streets have been systematically eliminated from having street parking, having overnight parking, or even allowing over-height and over-length vehicles,” said Emily Kantrim, director of the nonprofit Safe Parking L.A. in an interview last week.

Ryu’s office declined to comment on whether his decision to rescind the parking restrictions in his neighborhood were related to these issues. In any case, it could allow at least those few small blocks to reclaim their “green street” status.