Home Urban Development The Housing Crisis Here’s a Map of All the HHH-Funded Housing Projects Slated to Open... 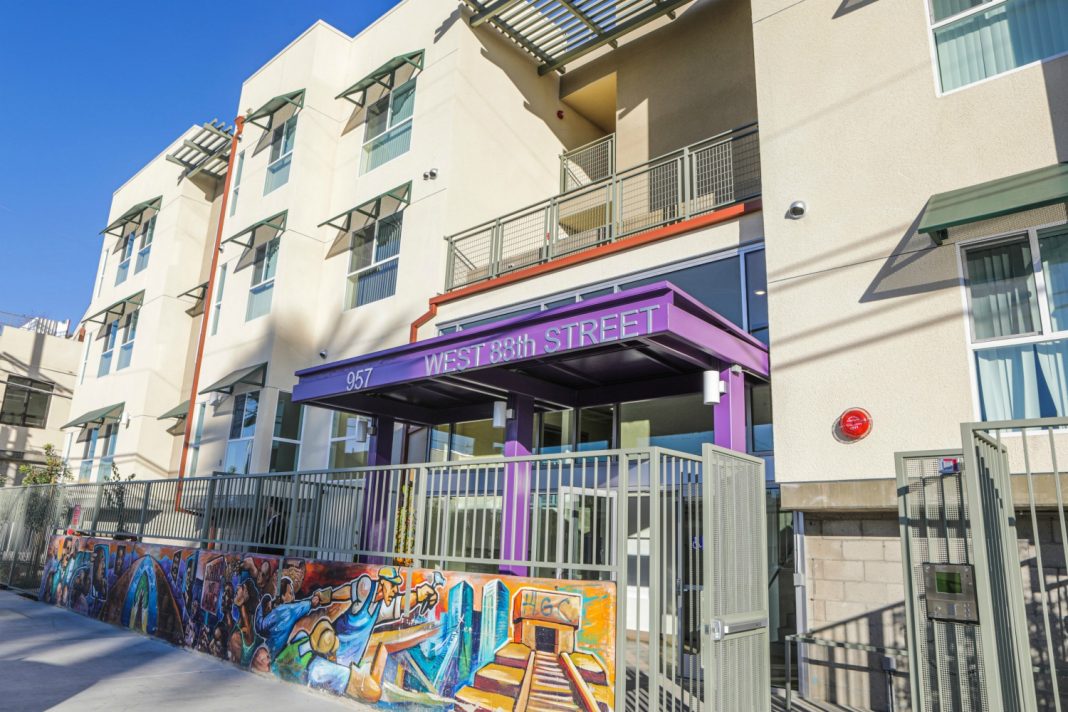 Last week, city and county officials gathered to celebrate the grand opening of a new, 62-unit supportive housing project in South Los Angeles. Located at the corner of 88th and Vermont in the Vermont Vista neighborhood, it was the first housing development to be build with funding from Proposition HHH, a $1.2 billion bond measure passed by Los Angeles voters more than three years ago.

The proposition, which originally promised to fund 10,000 units of supportive housing for the chronically homeless over ten years, has fallen far short of its original goals, as projects have been beset by bureaucratic delays and skyrocketing construction costs. So far, only 118 housing projects have been approved for funding, and the initial ten-year goal was decreased to 5,873, a drop of nearly 41 percent.

Meanwhile, homelessness in the county has continued to skyrocket, with more than 50,000 Angelenos living on the streets as of the last count.

The Catzin family is one of many families moving into #PropHHH supportive housing. Jonathan and Leticia struggled, sleeping in shelters or a car with their children — but now they have a place to call home.

We want everyone in our city to know what home is. #EveryoneIn pic.twitter.com/smlzaKPByj

But despite HHH’s disappointing progress, Mayor Eric Garcetti insisted that the South L.A. development was a sign of many more to come. “This year, we will see an opening of one of these about every three weeks,” he said. “My calculations, next year it might be every two weeks or less.”

Currently, there are about 20 HHH-funded projects under construction, and work is set to begin on another 30 in 2020. Of those, 15 are slated to be ready for occupancy by the end of this year. Here’s a map of the soon-to-open projects that will (hopefully) be popping up around L.A. in the coming months: