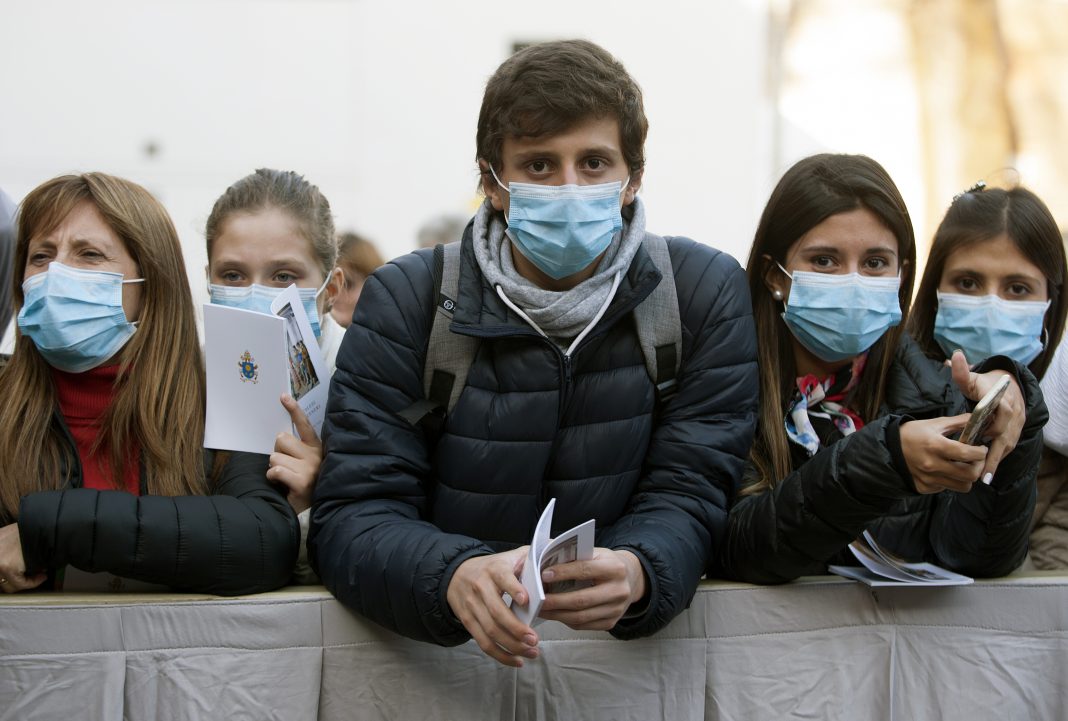 President Trump may think the Coronavirus outbreak is a hoax, but Hollywood is approaching it with deadly seriousness as movie attendance in affected areas plummets, productions are delayed, theme parks are shuttered, and concerts are canceled—and there is no clear end to the threat in sight.

The largest immediate impact has been felt in China, where the deadly virus first appeared and all movie theaters have been closed since January 24. Among the American movies whose Chinese releases have been delayed are Doolittle, Sonic the Hedgehog, and Oscar favorites 1917, Marriage Story, Jojo Rabbit, and Little Women. Big budgets pictures like Disney’s $200 million Mulan and the next James Bond, aptly titled No Time to Die, also face long delays.

Back in 2003, when the SARS outbreak hit, the two-month movie theater shutdown in China was a minor inconvenience, but today it’s a very different situation. China now has over 70,000 movie screens and last year grossed over $9 billion, about 20 percent of ticket sales worldwide. A disruption there today hits Hollywood hard.

The outbreak came at the worst possible time in China, where the New Year’s holiday, or Spring Festival period, is to movie going what Christmas in the U.S. is to toy sales. A cinema industry consulting firm is reporting a collapse in ticket sales that amounts to a loss of around $1 billion.

Chinese movies now dominate the Chinese box office, but with all major studios in China closed or mostly shut down, a production disruption is expected. When the theaters re-open it is expected the Chinese films will get priority and that will lengthen the pain for American movie distributors.

Disney is also facing an economic tsunami with the shutdown of its two theme parks in China, one in Hong Kong and its largest in the world in Shanghai. Disney’s new CEO Bob Chapek has already announced during an earnings call with Wall Street analysts that the world’s largest entertainment conglomerate will suffer a loss of $175 million in the second quarter of 2020, and that will only cover a period of two months.

Universal Studios park in Japan has been closed, as disruptions spread across Asia, especially in South Korea, the second-hardest-hit country. On Saturday, South Korea reported 594 new cases, the biggest increase since it revealed its first patient in late January. Popular Korean pop group BTS is among those that have canceled concerts.

The impact isn’t limited to Asia. Production on the seventh Mission Impossible movie starring Tom Cruise has been shut down by ViacomCBS’s Paramount Pictures in Italy, which has around 900 cases, the most cases of any country outside of Asia.

On the TV side, CBS’s popular, long-running series The Amazing Race has shut down production and brought crews home.

“At this time, no racers or anyone on the production team traveling with them have contracted the virus, or shown symptoms, and we are not aware of anyone being exposed to it,” a CBS spokesperson said in a statement on Friday. “Out of an abundance of caution, everyone involved in the show will continue to be monitored when they return home.”

It is also unclear whether even when the Coronavirus threat diminishes that ticket buyers, concert goers, and theme park attendees will return quickly or whether that economic pain could linger. There is also a growing concern that falling economic returns could result in job layoffs and losses across show business.

The truth is nobody, including President Trump, knows yet how big this problem will be or how long it will last.

“There’s no playbook for this,” a studio insider told the Los Angeles Times.

Still, Disney’s Chapek took an optimistic stance when asked by CNBC’s Julia Boorstin about the challenge: “While this is certainly a bump in the road in terms of the coronavirus, we’ll come through this like we’ve come through every other challenge that we’ve had, and that affinity for the brand and our storytelling will way outlast any short-term blip that we have from [coronavirus].”

RELATED: Why Orange County Has Declared a Coronavirus Emergency