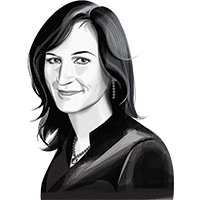 Shafrir relocated from BuzzFeed’s headquarters in New York to make its West Coast iteration the “evil-twin sister,” to quote the company’s CEO, Jonah Peretti. “We’re more like the cheeky younger sister. We are our own start-up within BuzzFeed—we are able to try things that New York hasn’t been able to do.” Launching BuzzFeed Video, the site’s L.A.-based film division, is one of the company’s riskiest ventures. “We’re producing videos that are getting millions of views and being seen by an audience that’s used to watching them on tablets and phones, and that’s something we’re thinking about all the time in a way the studios aren’t.” BuzzFeed hopes to make L.A. a hot new media hub. “There haven’t been many jobs in L.A., so journalists don’t come here, which makes it harder to hire. I hope that’s starting to change.” With a global audience of 130 million per month and counting, the site still cranks out articles aimed at Angelenos. “The stuff we do that pokes fun at L.A. speaks to everyone who has pride in the city.” Fear not, Internet, she won’t kill all those cat videos.  “Cat GIFs and videos—those still bring joy to people, and that’s a large part of what BuzzFeed does.”

The First TV Show Made Entirely of GIFs