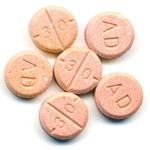 L.A. is a narco-fueled city, with dispensaries that shovel out the stuff by the bushel, doctors who double as dealers, and dealers who’ve gone tech to move their goods. Even with its quasilegal status, pot is still big on the black market, and in MacArthur Park meth is outselling coke and heroin these days. But there are a panoply of other ways and means by which Angelenos are altering their minds. Herewith, a taste.