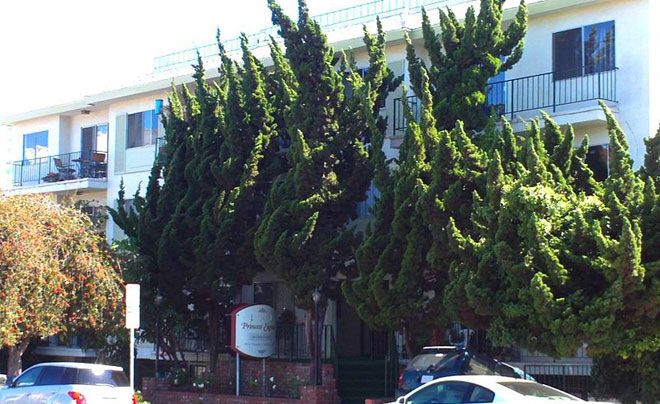 In our October Issue (on newsstands now), writer Steve Mikulan dissects the story of notorious felon James Joseph “Whitey” Bulger, examining how it is that a man at the top of the FBI’s Most Wanted list managed to live quietly among the residents of Santa Monica for over a decade.

As the ringleader of the Winter Hill Gang that terrorized Boston in the 1970s and ’80s—corrupting law enforcement officials, extorting millions of dollars from drug dealers, and allegedly murdering in the neighborhood of 40 people—Bulger knew how to make his presence known. But when he disappeared in 1994 after an FBI contact tipped him off that he was about to be indicted, the infamous criminal, who was recently convicted of racketeering and murder, proved equally skilled at flying under the radar. Bulger managed to evade arrest (and a $2 million bounty) for 16 years before investigators finally captured him in Santa Monica in 2011 after an intensified search for his longtime girlfriend, Catherine Greig, turned up new leads.

What was life like for a man on the run in sunny West L.A.? Details of Bulger’s stay in Santa Monica are scarce, but he did have a few favorite hangouts. Third Street Promenade
Bulger and Greig lived near the outdoor shopping mall, where witnesses claim to have spotted the quiet couple. According to the Boston Globe, Greig shopped at the farmers’ market at the Promenade twice a week.

Michael’s Santa Monica
According to CBS news, Bulger and Greig dined on at least one occasion at this contemporary restaurant near their apartment. Andrew Turner, the general manager of Michael’s when Bulger was arrested, produced “a record of them paying their $190 tab in cash for a meal that included Grey Goose vodka cocktails, foie gras, steak and lobster, topped off by wine, in September 2009 — the month Bulger turned 80.”

Palisades Park
In Whitey Bulger: America’s Most Wanted Gangster and the Manhunt That Brought Him to Justice, biographers Kevin Cullen and Shelley Murphy claim Bulger and Greig strolled along the green space overlooking Pacific Coast Highway, and this is where Bulger approached a homeless man, Charlie Gaska, about using his social security number. (Bulger and Greig rented their Santa Monica apartment under the names Charles and Carol Gasko.)

Home Sweet Rent-Controlled Home
Bulger spent at least ten years of his life in a small apartment at 1012 Third Street. After his arrest, neighbors described Bulger as kind but not outgoing. According to the Boston Globe, one night a neighbor “heard a knock and opened her door to find Whitey and Greig standing there. ‘You have to protect yourself,’ Whitey told her, handing her a can of mace.”

His Barber
A year after Bulger’s arrest, the mobster’s Santa Monica barber spoke anonymously on KPCC’s Off Ramp about his client with a secret criminal past. He said Bulger regularly paid tipped 100% for a $14 beard trip. When asked what he thought of Bulger’s capture, the barber replied, “They took away one of my best customers.”

This post has been updated to reflect recent developments in Bulger’s case. Photographs courtesy Wikipedia.com