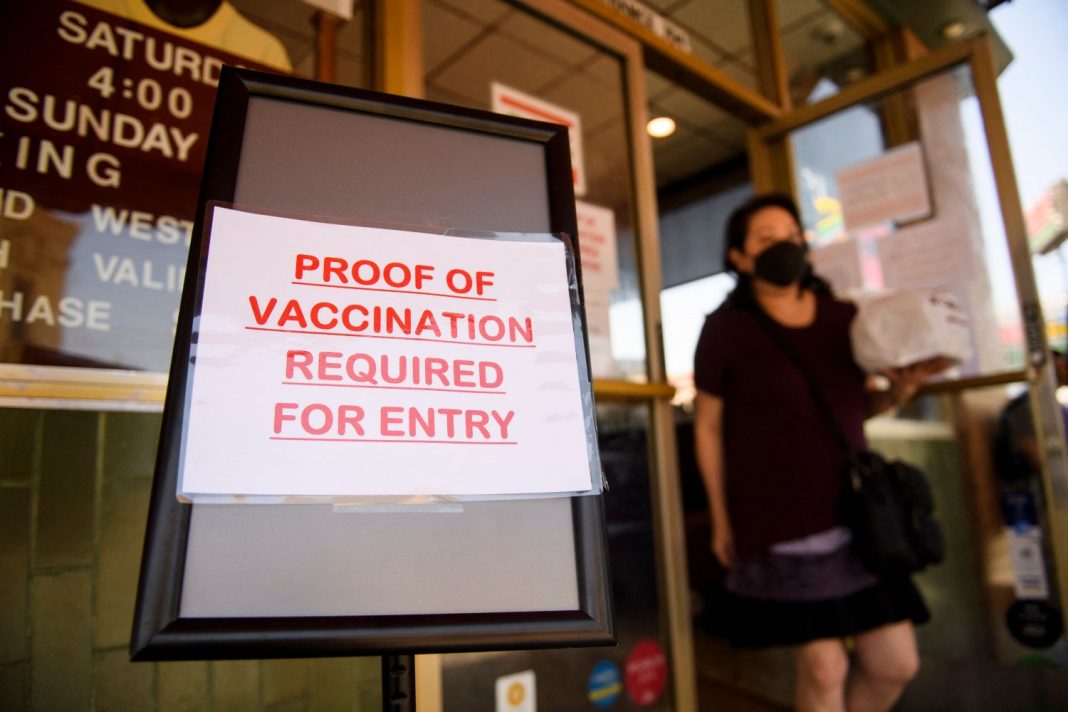 Here are the legal challenges that Los Angeles know about so far:

The latest institution to face a lawsuit over its COVID vaccine ordinances is the Los Angeles Unified School District — which was also sued last week by an unnamed parent — along with interim Superintendent Megan Reilly and the district’s seven other school board members. The lawsuit comes from the California chapter of the Children’s Health Defense, a group founded by controversial anti-vaccine advocate Robert F. Kennedy Jr., and another group known as the Protection of the Educational Rights of Kids.

Attorneys for both organizations allege in the petition that LAUSD has gone above its jurisdiction or line of power by requiring students over the age of 12 to be fully vaccinated— a restriction that hasn’t been mandated by the state as a condition to attend school in person, Los Angeles Daily News reports.

“Respondents have acted … outside the scope of, and in excess of their lawful jurisdiction and authority, and have abused their discretion by failing to proceed in the manner required by law … to require a new vaccine … as a condition for in-person education,” the petition states.

The petition arrives a day after White House officials announced that children ages 5 to 11 will soon be able to get vaccinated at their local pharmacy, their pediatrician’s office, and maybe their school.

A group called Let Them Breathe, which was founded by Sharon McKeeman, filed a lawsuit against the school district last week. The organization, which says they represent more than 30,000 parents, already has a litigation pending against California’s student mask mandate.

Deeming the mandates “unscientific and unlawful,” McKeeman told the Times, “Many parents want to see long-term studies of this new vaccine before they would consider getting their child vaccinated. Every student has a right to an in-person education under California law.”

The suits claim that COVID poses a “very low risk” to children and that they rarely spread the virus, positions with which many experts disagree. The American Academy of Pediatrics, for instance, recommends that everyone 12 and up get vaccinated.

The SDUSD and first LAUSD anti-vax suits — which are being handled by San Diego law firm Aanestad, Andelin & Corn — both state that, “Keeping healthy children out of the classroom is contrary to California law, is not necessary to reduce cases of COVID-19 in schools, and is not in the best interest of students, parents, or school districts.”

The lawsuit alleges that there is no evidence that naturally acquired immunity against the virus isn’t as effective as the vaccine. It also argues that the mandate violates the employee’s constitutional rights to privacy and due process, Los Angeles Daily News reports.

“The city does not and cannot point to any evidence that vaccinated individuals have longer lasting or more complete immunity than those who have recovered from COVID,” according to the complaint filed against the city of Los Angeles.

Though the city’s policy grants exemptions for religious or medical reasons, the six LAPD employees who are suing include individuals “who could not assert a medical or religious exemption” to the vaccine mandate, as well as individuals who have “experienced and recovered from COVID-19” and now have antibodies to fight the virus, the lawsuit says, according to the Los Angeles Times.

About a week later, a group of more than 500 Los Angeles Fire Department employees also filed a lawsuit against the city.

The lawsuit was filed on behalf of a nonprofit known as the Firefighters 4 Freedom Foundation, an organization that launched last month to “stop the mandated vaccinations for all City employees as well as the citizens of this great country,” according to their website. The organization is representing 529 LAFD employees in the lawsuit, which was filed in L.A. County Superior Court on Friday, according to the Times.

“The county must consider and offer reasonable accommodations as a middle ground between individual freedoms and collective rights,” the lawsuit states.

“It did not do that. Instead, it viewed this sensitive personal issue through the lens of partisan politics.”

Back to School: LAUSD Drops Masking and Other COVID Restrictions

Smiles Everyone! L.A. Health Authorities Back Down on Mask Mandate