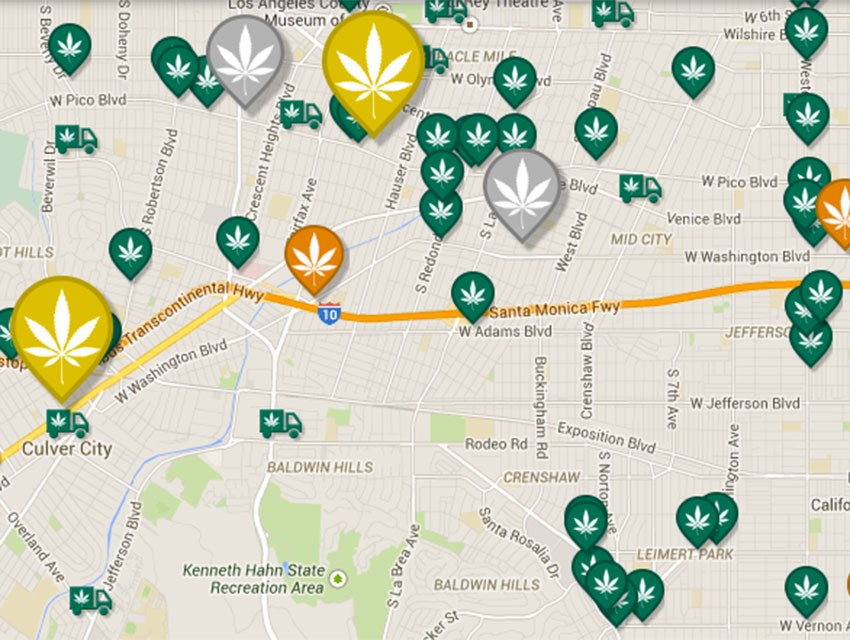 Today is April 20, a cultural High Holy Day for people who like pot. While the drug is still largely illegal in the state of California, the laws that govern permitted medical marijuana dispensaries in Los Angeles are under scrutiny—along with how those laws are enforced— by advocates and foes alike. Here’s a quick hit of updated information on the issue:

It is harder to buy medical marijuana today than it was in 2013
That’s because city attorney Mike Feuer has made it a priority to enforce the restrictions put on medical marijuana facilities by Proposition D, which passed two years ago. Under Feuer’s watch more than 500 businesses have been deemed in violation of the law—most for being too close to a school, park, library, or church—and shuttered. Today, around 120 medical marijuana establishments remain open across the city.

Marijuana remains on the list of most dangerous drugs
A federal judge in California came thisclose this month to removing marijuana from the list of Schedule 1 drugs, but ultimately declined, ruling instead that it is up to Congress, not a judge, to take that action. Marijuana advocates were disappointed because a ruling to remove cannabis from the list would have set a legal precedent and could have had larger implications down the road.

But the legalization movement is still kicking in California
Not one but two groups filed ballot initiatives this week to increase access to marijuana for adults. Both the “California Craft Cannabis Initiative,” which would legalize recreation use and create a cannabis trademark and state cannabis commission, and the “Compassionate and Sensible Access Act,” which would recognize cannabis as a “legitimate, alternative medicinal treatment,” could end up going before voters in 2016. That is, if advocates collect a mere 585,407 signatures per proposition by March of next year. In other words, count on considering both at the polls.