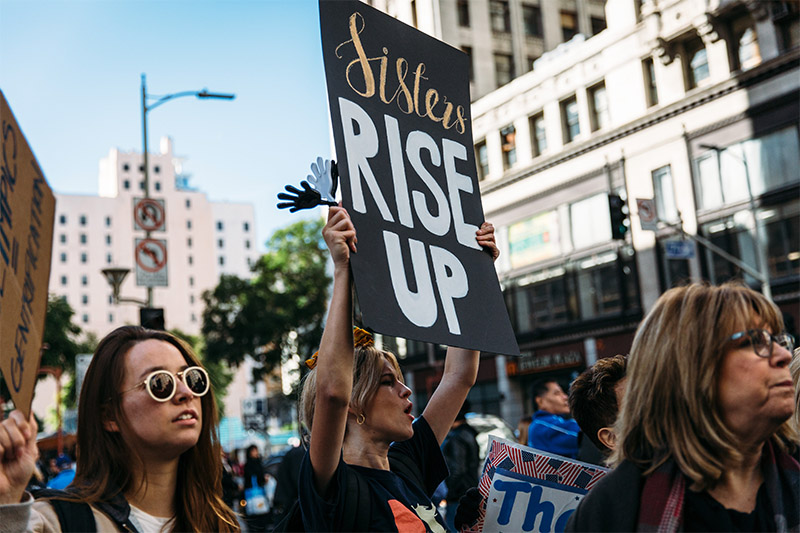 L.A. isn’t done protesting. It’s been more than a month since women swarmed the city with signs and pink pussyhats. On Wednesday, the activists behind January’s Women’s March on Washington are organizing a nationwide economic show of solidarity called A Day Without A Woman.

What’s the point of the strike? Organizers hope to call attention issues women continue to face, including economic injustices, gender violence, and a lack of reproductive freedom, labor rights, and environmental protections. The day is also intended to push for gender justice, recognizing that trans and gender non-conforming people also face discrimination and marginalization.

Who’s involved? The strike is organized by women in more than 50 countries, including Women’s March co-chairs Tamika Mallory, Carmen Perez, and Linda Sarsour. The event has been endorsed by several organizations and businesses, including Amnesty International, Alliance for Justice, and Moms Demand Action.

Everyone is encouraged to avoid shopping for the day, with exceptions for small, women- and minority-owned businesses, like SusieCakes,  I Like Pie Bakeshop, and Kismet.

Can men participate? Yes. Men can to wear red in solidarity, avoid spending money, and use the day to urge decision-makers in the workplace to consider equal pay and medical leave for women.

Where is the rally being held? If you’re able to take the day off, L.A.’s Women’s March rally will be held at City Hall on Spring Street in Downtown L.A. from 12 p.m.- 2 p.m.