Home Uncategorized Here’s Why Basically Everyone Thinks Measure S Is Bad for L.A. 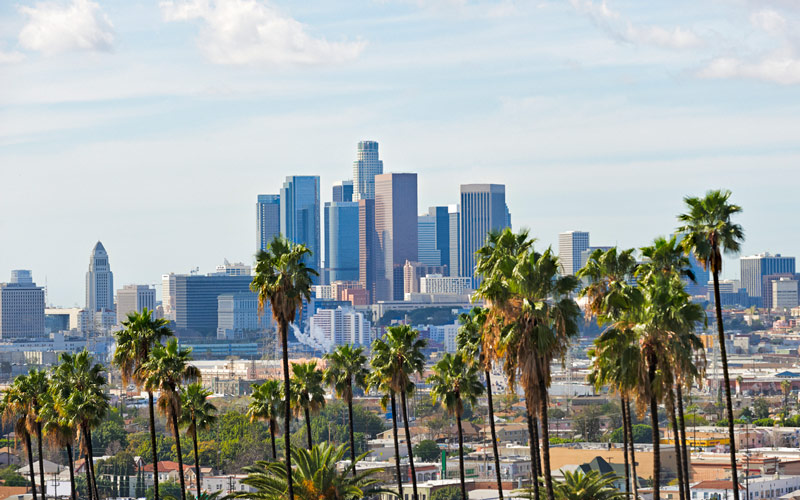 If you’re a person in Los Angeles, you’ve seen the billboards. No, not those billboards. The billboards with “YES on S” in huge white letters on a navy background.

If you pay attention to things, you’ve also probably run across various “NO on S” arguments in you social feeds, but you presumably still have lots of questions, like, for instance, “What even is Measure S?” and “Why is it such a big deal?” and “Why is Matt Damon in a movie about 11th century China?” Okay, take a breath. We’ll get to all that and more below.

You’ll be voting on Measure S (aka the Neighborhood Integrity Initiative) in the March 7 election. Most notably, the measure would put a two-year halt on development projects that require exemptions from existing rules. Basically, L.A. has all these “community plans” (35 in total, covering areas from San Pedro to Sylmar) that lay out what kind of buildings can go where. But, since most of those community plans haven’t been updated in 15 years (talk about procrastination), they’re more than a little out of date. As a result, the city often makes exemptions for construction projects that don’t meet the outdated requirements, allowing buildings to be bigger, or taller, or to have less parking than they’re technically allowed. Measure S would ensure rigid enforcement of the old rules for two years while the city actually updates them (a feat currently scheduled for completion by 2024) and would permanently ban making exceptions to the plans for any projects that take up less than 15 acres. Note the word “permanently.”

A yes vote signifies that you’re down for putting a halt on the construction of many new buildings while the community plans are sorted out and for never amending the rules for developments on small-ish plots of land. A no vote keeps things as they are, for now.

In many ways, Measure S cuts to the heart of the debate around how Los Angeles should should grow and change. Should we fight to preserve the historically suburban character of the city, or should we build more and bigger developments (especially ones that are close to rail lines) to make room for a growing population? As Batman so succinctly said, “It’s not who you are underneath, it’s your stance on the necessity of urbanization that defines you.”

Those behind Measure S are, justifiably, concerned that developers’ political donations give them sway over City Hall, which in turn accommodates their outsized construction projects. Those opposed to Measure S, including the mayor and most of city council, fear that the measure will unnecessarily cripple L.A.’s growth.

4. Why is Matt Damon in a movie about 11th century China?

Honestly, who even knows.

5. Why is there so much backlash against the measure?

If you read the L.A. Times or Curbed or the Los Angeles Daily News or LAist or have ever happened across the L.A. subreddit, you’ve likely run into some pretty impassioned arguments against the measure. The Times went so far as to call it it “a childish middle finger to City Hall.”

The reason for all the outcry is largely due to the fact that L.A. is in the thick of a major housing crisis. If we stop development, the anti-Measure-S-ers say, we’ll just make the housing crisis way worse. The city’s community plans are so out of date that even some of the most reasonable development projects require zoning changes. Opponents of the measure agree that updates to the community plans are an absolute necessity, but they argue that freezing development in the meantime—as L.A. struggles to catch up with demand for housing—would have the overall effect of reducing affordable housing.

6. Wait, I still have questions…

The Los Angeles Times has broken down the ramifications of the measure in greater detail here, and Ballotpedia provides a helpful guide to understanding the measure here.