Home Uncategorized The Head of the California Community Foundation Weighs in on the State... 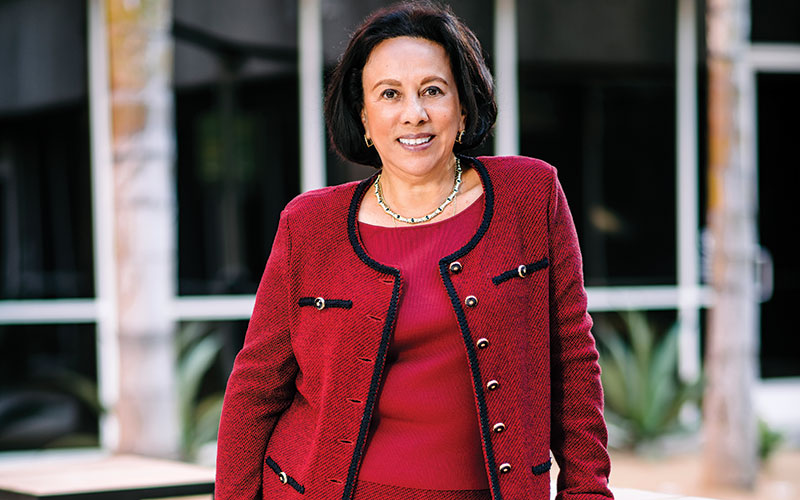 When Antonia Hernández attended Garfield High School in the ’60s, a teacher told her she “wasn’t college material.”

It was just one of many expectations that Hernández would flout in her career. After earning her B.A. and law degree at UCLA, she worked as an attorney for the Los Angeles Center for Law and Justice, where she represented ten Latinas who were sterilized without informed consent in the landmark case Madrigal v. Quilligan. She went on to serve as counsel to the U.S. Senate Committee on the Judiciary and to campaign for Ted Kennedy before becoming head of the Mexican American Legal Defense and Educational Fund, a Latino civil rights organization. Since 2004, she’s served as president of the California Community Foundation, which issues grants from its more than $1.4 billion in assets to chip away at systemic issues affecting the poor and vulnerable in Los Angeles County. “This country is wonderful, but it would be so much more vibrant if we embraced our diversity and engaged all of our residents in the fabric of civic life, she says.

Hernández strives to help more Angelenos step up. “What we found when we did a poll with USC and the L. A. Times on volunteering and giving was that Angelenos want to give but don’t know how. L.A. is big and diverse, so CCF is trying to be that nucleus that brings donors together with people in need.”

Making connections is part of the job. “We have this individual who is a screenwriter and producer. During the recession, he was very concerned about food security. He came to us, and we set up a meeting with the president of the Los Angeles Regional Food Bank. That relationship has evolved, and he’s funding 40,000 meals.”

She’s committed to creating more citizens, too. “We have embarked on a campaign to increase the number of individuals who apply to become citizens. Currently there are more than 750,000 L.A. residents who are eligible. Our goal is to increase the number of applicants to 100,000 on an annual basis. We’re working with a broad coalition of groups. L.A. has a citizenship corner in every library, and we fund non- profits that help prepare individuals to apply for citizenship.”

Working for Ted Kennedy in the Senate has stuck with her. “I remember him talking about how the Senate is a deliberative body, so it’s a give-and-take. He would say, ‘Take half the loaf today. We’ll come back tomorrow for the other half.’ He was very flexible. I think that’s what we’re missing in politics today. I learned that there are very few absolute rights and wrongs. Most of life is shades of gray.”