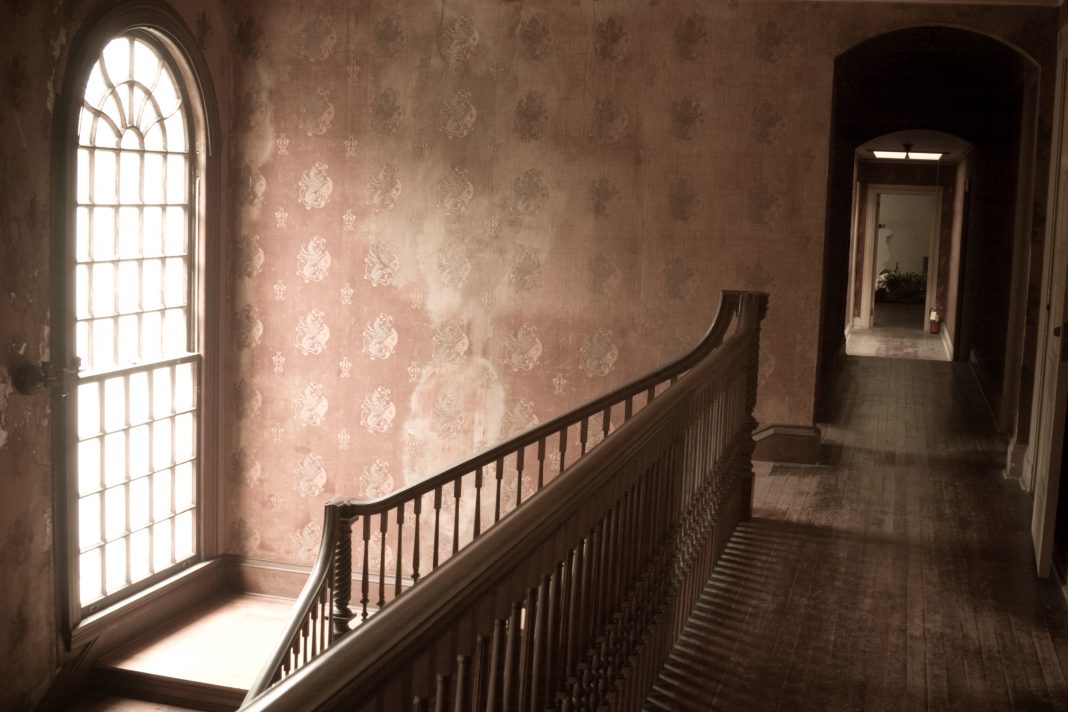 There are certain places where dark, tragic history still hangs in the air, even generations after anything violent has taken place. Or maybe nothing gruesome took place in that particular room (that we know of), but something about the place still just seems spooky and strange. Los Angeles, with its seedy and scandalous underbelly, has many such spots–including quite a few that, some people say, are still haunted by unsettled spirits.

Here’s a guide to eight places in L.A. that you can explore and find out for yourself, from the old stone mansion where a still-unexplained double-murder took place in 1928, to the building that housed one of the city’s most infamous speakeasies–and where gangsters were said to carry out hits and stash the evidence.

This library of rare occult books has been a site for eerie happenings since 1934. Researchers will find a collection of antique books on unusual “wisdom traditions” from around the world; rumor says that to gain access to the collections on black magic, you’ll need special permission from the experts on staff. 3910 Los Feliz Blvd., Los Feliz.

An imposing manor built in 1928, this house was intended as a gift from wealthy oil baron Edward Doheny to his son. Just months after the younger Doheny and his family moved in, however, he and his personal secretary were found dead in a mysterious murder that remains unsolved (theories include an illicit affair between the two men that was discovered by Doheny’s wife Lucy, or a cover-up of something related to the men’s implication in the Teapot Dome corruption scandal). 905 Loma Vista Dr., Beverly Hills.

This stylish hotel is considered by many to be haunted by a couple of A-list Old Hollywood ghosts: Montgomery Clift and Marilyn Monroe, by most accounts, with some reports of Humphrey Bogart as well. The whole place has a decidedly noir-era air, which makes the stories of scandalous and mysterious behavior in the hotel’s room feel plausible. 7000 Hollywood Blvd., Hollywood.

Designed by Frank Lloyd Wright’s son, approaching this residence gives strange Mayan-meets-Blade Runner vibes immediately, but it’s not just the unusual architecture that makes this place creepy. The site is infamous as the home for a number of years of Dr. George Hodel. Hodel’s son would go on to become a homicide detective who speculated that his own father tortured, murdered, and dismembered Elizabeth Short, known as the Black Dahlia, in the house in 1947. 5121 Franklin Ave., Los Feliz.

Visible from far away, this tall, strangely elegant, public storage facility has a dark past. Hidden on the top of the 1920’s structure was a speakeasy penthouse club known as “The Thirteenth Heaven” where L.A.’s mobsters frequently made the scene, and carried out various kinds of business in the storage lockers–and elevator shafts–on the floors below. 3636 Beverly Blvd., Koreatown.

Any wax museum is going to be a little creepy, but this one’s got the others beat. The longest-operating wax museum in America, it opened in 1965 with a collection of eerie figures of early Hollywood stars and a Chamber of Horrors dedicated to monsters and assorted scary stuff. 6767 Hollywood Blvd., Hollywood.

Erected in 1924 as the Cecil Hotel, the property rebranded as Stay on Main Hotel in 2011. The building has long been one of L.A.’s most notorious spots. Over the decades it has been the scene of several deaths including that of Elisa Lam in 2013, and was a residence for serial killers Richard Ramierz and Jack Unterweger. 640 S. Main St., downtown.

Designated as a city historic-cultural monument in 1988, this manor has been preserved in opulent, ever-so-slightly spooky style. Think threadbare velvet upholstered chairs, rooms within rooms connected through strange doors, and lots of vintage taxidermy. The home was originally designed for silent film star Antonio Moreno and his oil-heiress wife Daisy, until Daisy’s untimely death one night when her car suspiciously plunged off Mulholland Drive. After that, it became a girls’ boarding school, then a convent and home for wayward girls, then sat abandoned for over a decade. Now it’s available for event and private rentals. Goth-ish band My Chemical Romance took up residence for a time, during which they reported numerous haunting experiences.  1932 Micheltorena St., Silver Lake.

RELATED: This Guy Stayed in SoCal’s Most Haunted Hotels to Separate Fact From Fiction