Home Crime Jussie Smollett’s Attack Is Alleged to Have Been Staged, but Hate Crimes... 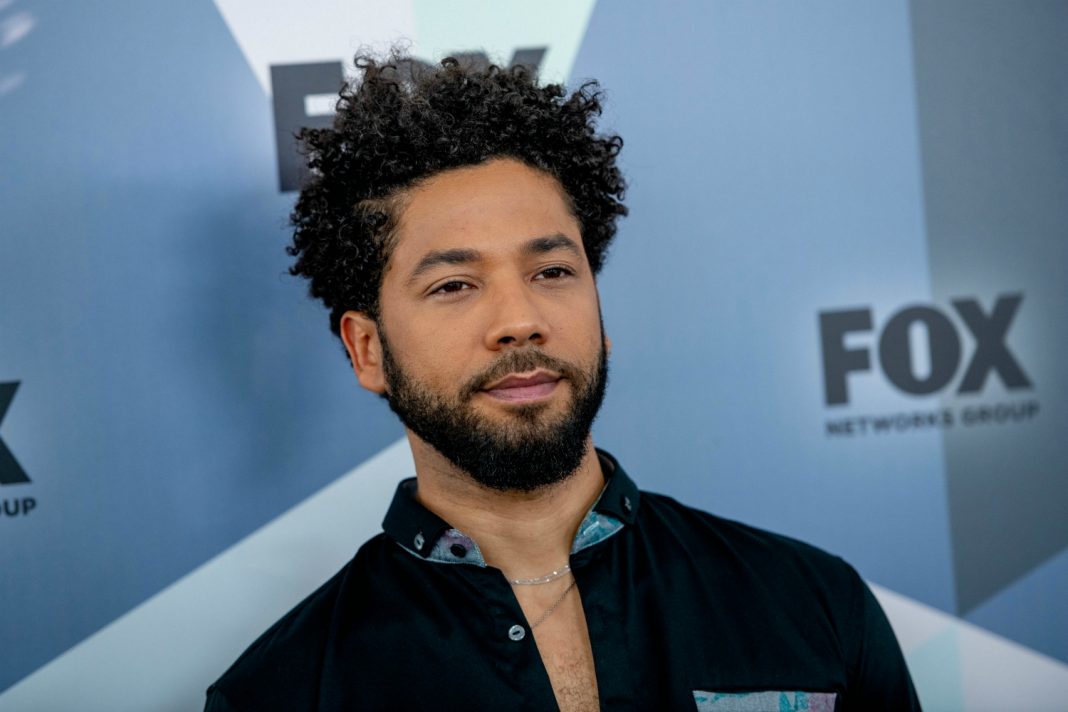 According to Chicago Police, Jussie Smollett faked his own brutal assault a week after sending himself a threatening letter with cut-out magazine letters and a crude drawing of a stick figure in hanging from a tree. The star of Empire is now facing a felony charge for falsifying a police report on his own behalf.

“I wish that families of gun violence in this city got this much attention,” Chicago Police Superintendent Eddie T. Johnson said at a press conference today. He mentioned that the Smollett investigation had drained the city of precious resources it could have spent on real victims.

Smollet’s staged attack has also played right into a narrative favored by conservatives: that hate crimes in the U.S. just aren’t a big deal. In an opinion piece titled “Let’s Chill About Hate Crimes,” Kyle Smith of the National Review wrote, “I decline to look at Chicago (or Kentucky, or Oklahoma, or anywhere else) and put much credence in the idea that vicious Trump-loving attackers are roaming around looking for minorities to assault.”

But that line of thinking doesn’t match up with the facts. According to data culled from national surveys, university studies, and police reports, hate crimes are under-reported, rarely falsified, and rising.

“Do not be distracted by Mr. Smollett’s alleged staged attack. Hate crimes, particularly against people of color and the LGBT community, are real and on the rise. These facts should alarm all of us.” —Statement from the L.A. LGBT Center

In 2017, the FBI reported that there were more than 7,100 hate crimes—up 17 percent from the year before. But there are also issues with the way the FBI culls their data: Since reporting of hate crimes by law enforcement agencies is optional, many choose not to report them at all. Cities like Miami, Honolulu, and Newark, New Jersey, have reported zero incidents in the last few years.

Surveys suggest that hate crimes are vastly underreported. When the U.S. Bureau of Justice Statistics (BJS) surveyed large segments of the population between 2004 and 2015, it found that there were 250,000 hate crimes annually. In other words, the FBI could be undercounting hate crimes by a huge margin.

Then there’s the topic of falsifying hate crime reports. When the Center on Hate and Extremism at California State University, San Bernardino compiled data from police departments nationwide, they found that between 2016 and 2018 there were only around two dozen false hate crime reports, either confirmed or suspected. That’s a tiny number compared to the thousands upon thousands of police reports filed.

In Los Angeles, where violent and nonviolent incidents are counted by the Commission on Human Relations, hate crimes were found to have increased from 483 to 508 between 2016 and 2017. Racial hate crimes increased 9 percent, while anti-black crimes rose 15 percent. Attacks against LGBT people dropped 8 percent, but there were 33 anti-transgender hate crimes, the largest number ever reported.

Another report by the Center on Hate and Extremism found an 11 percent increase in hate crimes in California, with 56 percent of crimes being racially motivated and 22 percent directed toward the LGBTQ community. Crimes against minority trans women saw the most dramatic spike.

“The confusing and deeply unfortunate circumstances surrounding Jussie Smollett should not cloud the sobering facts about hate crimes in our nation,” the L.A. LGBT Center wrote in a press release. “Do not be distracted by Mr. Smollett’s alleged staged attack. Hate crimes, particularly against people of color and the LGBT community, are real and on the rise. These facts should alarm all of us.”

RELATED: How a Local Civil Rights Org Is Preparing for a Trump Presidency