Home L.A. History The Happy Foot/Sad Foot Sign Is Safe and Sound Inside a Los... 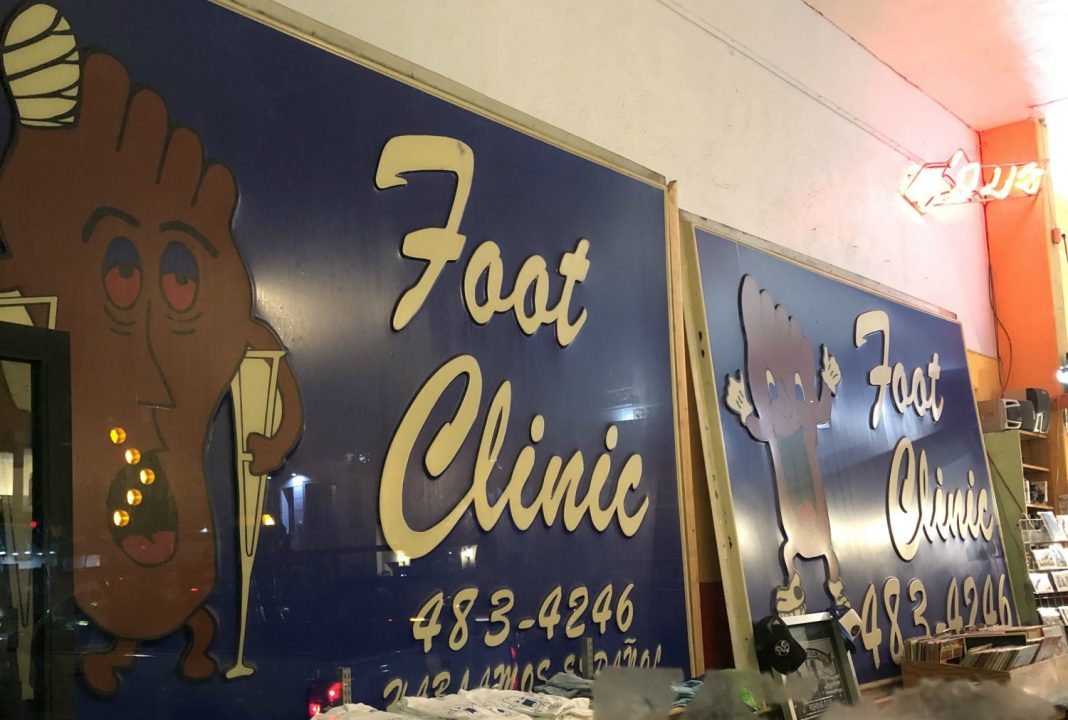 The crane was poised to destroy a piece of Silverlake history. Bill Wyatt, sitting beneath it, was determined to not let that happen.

Wyatt had ventured out to the sign—a spinning one, depicting the only relatable emotional states, joy and agony—in order to save it from landing in the massive dustheap of former L.A. landmarks (alongside the Brown Derby’s giant hat.) Alas, the sign did come down that day in—but it went straight into Wyatt’s U-Haul.

It was a fortuitous event for The Happy Foot/Sad Foot sign, an ever-twirling source of local superstition. (It was said that if you saw the sad foot first, your day was “fucked.”) Over decades, the feet made appearances in novels by Jonathan Lethem and David Foster Wallace and were listed as a “religious attraction” on Google. But they were close to getting the chop after their podiatrist owner, Dr. Thomas Lim, announced plans to relocate his office to Rampart Village.

They weren’t just slabs of plastic but a “source of mysticism” to Wyatt, a former punk rocker turned graphic designer who’d been selling T-shirts featuring the feet since 2008 at his quirky Los Feliz clothing store Y-Que.

Wyatt knows a thing or two about tapping into the zeitgeist, striking gold in 2002 with a T-shirt that plainly stated “Free Winona.” (The actor ended up wearing the shirt on the cover of W magazine that year.) Since then, he’s continued designing political T-shirts for candidates both liberal and not so.

After hearing that the sign would be destroyed, he reached out to Lim about putting the feet up permanently above his graphic tees. He was already selling stickers with the feet, why not feature the real deal? “The store lacked a good, solid theme at the time,” he says.

With great precision, Wyatt maneuvered the feet like “two pieces of toast” into his store. He admits he was terrified. “I had this big fear that they’d just fall apart that day. I would be run out of L.A., jinxed for life if it broke,” he says.

He still fears “ninja sign thieves” breaking in and stealing his beloved feet. It’s an understandable concern, given their local popularity; within five minutes of chatting about the sign, a couple wandered back into the store after purchasing an item just to thank Wyatt for protecting them. “I’m glad it’s at least somewhere that’s treating it with respect,” the man told Wyatt.

“Hey, at least they are at peace now,” Wyatt responds. “They can get a view of the same things.”