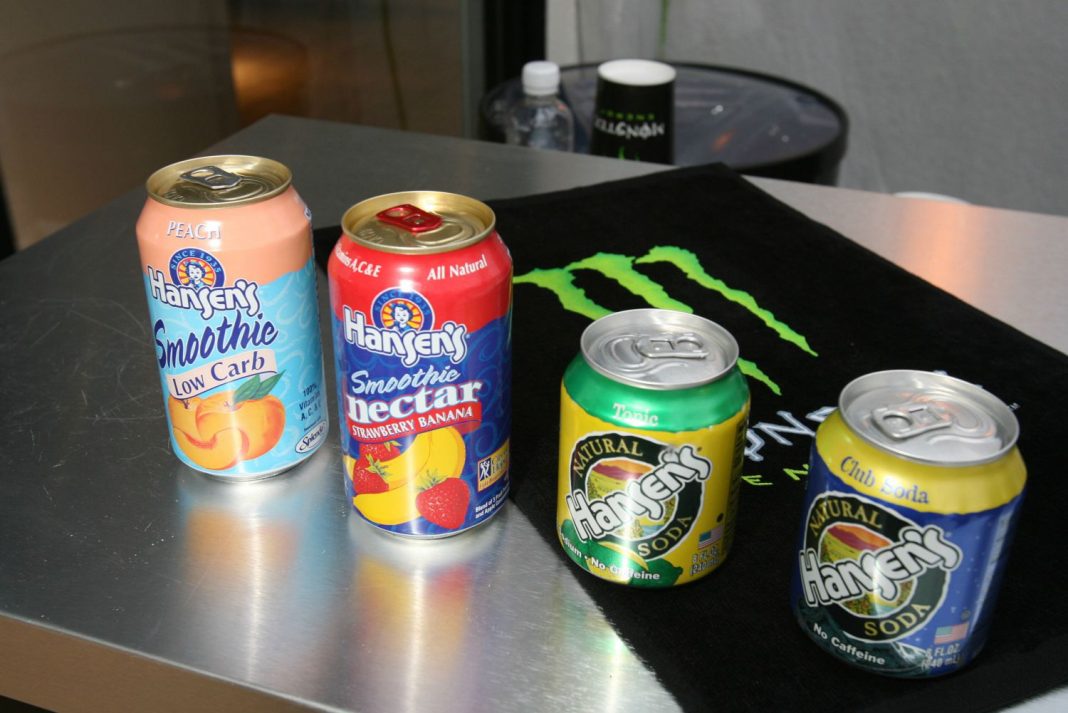 About 15 of the children and grandchildren of Hubert Hansen, who founded Hansen’s beverages and died in 1951, have been awarded $9.6 million in damages, and another $7.4 million in legal fees and costs, in a suit against Coca-Cola and the Monster Beverage Corp. in a ruling by San Diego Superior Court Judge Timothy Taylor.

That $17 million award is a meant to be a share of the profits from the sale of beverages under the Hansen’s brand, and it’s one of the biggest awards ever in a right of publicity case. The family based its case on California’s Celebrities Rights Act, which prohibits unauthorized uses of a person’s name or likeness for commercial purposes.

“It is the largest verdict in this type of case in American history,” lead attorney Neville Johnson wrote on Facebook. “Monster and Coke created a beverage, ‘Hansen’s Lemonade,’ using the name and life story of Hubert Hansen, the father and grandfather of the plaintiffs. Because these companies did not have permission, our clients were entitled to be compensated.”

Hansen’s Fruit and Vegetable Juices launched in Los Angeles in 1935, selling fresh, unpasteurized fruit juices, which became a hit. Among the first customers were Hollywood’s movie studios. It later became the Fresh Juice Company of California.

In 1977, Hubert’s grandson Tim Hansen formed a separate fruit business, Hansen Foods, with a license to use the family name as a trademark, and later Hansen’s Natural Sodas. The company was known for innovative marketing and packaging of pasteurized juices. However, it hit financial problems and went bankrupt in 1988. An investor group bought the brand in 1993, and it came to be part of the “New Age” drink category. A successful line of smoothies was added in 1996, then drinks with vitamins in 1997, followed by energy drinks. Over time, the beverage field became ever more competitive, and in 2012, it was renamed Monster Beverage. The Hansen’s juices, sodas, and non-energy drinks were sold to Coca-Cola in 2015.

Hubert Hansen’s heirs filed suit against Coca-Cola, charging that the sale did not include copyrights and trademarks associated with the Hansen’s brand or the right to use Hubert Hansen’s name and likeness, and that Coke was violating California’s right of publicity statute. At the time Coke said the suit was “baseless” and contended that the Hansen heirs—Timothy Hansen and Maureen Hansen Todd, both trustees of the Hubert Hansen Intellectual Property Trust—weren’t entitled to a share of the profits.

While the final order and legal fees to be paid were revealed just this week, the legal case in San Diego Superior Court took place in two parts over five days last fall and early this year, concluding in February, right before the coronavirus pandemic shut down the courts. Part one last November determined that while Coca-Cola and Monster (which is 16 percent owned by Coca-Cola) bought the Hansen’s brand, it did not acquire publicity rights to use the founder’s name or likeness, which it did in marketing and publicity. The second part, which included about four dozen witnesses and mountains of documents, was to determine the amount of damages. A jury found for the Hansen heirs on February 14.

“Plaintiffs established, through testimony and documentary evidence, how ownership of the Hubert Hansen right of publicity passed through inheritance and testamentary documents to Hubert’ widow, children, and grandchildren,” Judge Taylor wrote in his ruling.

Johnson, the family’s Beverly Hills-based attorney who’s known for Sylvester Stallone and others in cases against studios, was awarded $5.7 million in legal fees, while others on the Hansen team got another $1.8 million. The ruling is final, it’s still likely Coca-Cola and Monster may file an appeal, which could drag the case out for years more.

According to Johnson, the only award in a right of publicity case that’s come close to being as large involved former Chicago Bulls superstar Michael Jordan, who sued grocery chain Dominick’s Finer Foods LLC (now owned by Safeway) after his name and his iconic number 23 were used without permission in a full-page ad in Sports Illustrated celebrating Jordan’s career. The ad featured the tagline “You are a cut above” with a coupon for $2.00 off Rancher’s Reserve tender Angus steak. A jury awarded Jordan $8.9 million in damages.