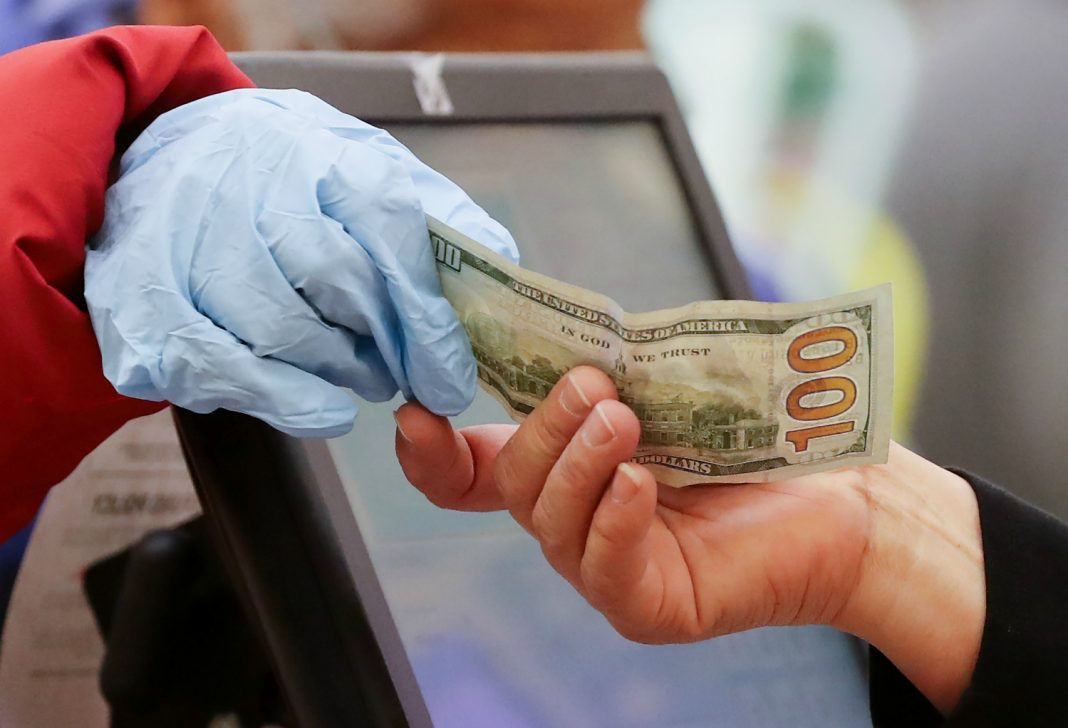 It’s Friday afternoon, and I’ve been waiting in line to enter the Ralphs on Wilshire and Western for about 30 minutes. When I finally approach the door, I notice a sign stating that that the store now opens at 8 a.m., at which point only 50 people will be allowed into the store with 25 people being allowed in at 10 minute intervals thereafter.

It’s a response to the city and state’s social distancing mandate, but also a way to control the panic-buying that left grocery shelves bare in the ramp-up to the current quarantine. “Thursday [March 12] is when it really started” Precious, who works at the Food4Less along Olympic and Hoover, tells Los Angeles. “That’s when it really started going crazy. I have a video of them bringing out a palate of water and they pushed the man bringing it out. He couldn’t even move the jack to put the load down. They were all grabbing at the water.”

The frenzy at stores and the hoarding of water and other items prompted Mayor Eric Garcetti to announce on March 16 that “there’s no shortage of supplies at our grocery stores and no reason to over-buy. Angelenos should shop responsibly and safely, and do not need to stockpile food.”

Nearly all of the supermarket employees I spoke with were unwilling to give their names for fear of workplace repercussions. At a Jons Marketplace, the store manager told me that he was instructed not to speak with the media at all.

“There are things I want to say,” he continued. “Believe me. But, I just don’t want to get mixed up with all of it.” Jons Marketplace had not responded to a request for comment by time of publication.

At the Whole Foods in downtown, a cashier who asked to remain anonymous said that “things started getting crazy last Wednesday, and then have been calming down day by day since Friday.” She added that she’s been wearing latex gloves, which are optional for employees, during her shifts. “Some people don’t wear them, and when I see them I want to ask why, but I don’t say anything,” she continued.

I asked her if she’s nervous interacting with so many people. “I’m not nervous for myself, but I live with my grandparents and I’m nervous to give them something,” she said. “It makes you aware of wiping down things more, and keeping your distance from people.”

I spoke with another Whole Foods employee over the phone. He works at an Orange County location, and asked to remain anonymous since he’s the only person in his family to have a job at the moment, and “doesn’t want to risk anything.” As for personal safety, he told me that “I asked management if I could wear a face-mask, and was told no.” He said no reason was given, but that the policy has since changed. “We were finally told from the store that we could wear a mask if we brought it from home. They’re not supplying anything,” he continued. “In my opinion, we should be supplied those things, as we’re just as important as first responders. We have to stay open, or people don’t get fed.”

Whole Foods told The Atlantic that stores have “implemented enhanced daily cleanliness and sanitation protocols across all stores and facilities” and are “operating under social distancing guidelines…ensuring that interaction among team members and between team members and customers can happen at a safe distance.”

Both Whole Foods employees confirmed that all employees, full-time and part-time, were receiving a $2-an-hour pay bump through the end of April, but no other benefits. Starting pay at Whole Foods is $15 an hour.

“It still doesn’t feel like enough,” the Whole Foods employee told me, adding that the previous week and a half had been mentally taxing. “They do offer two weeks’ pay if you come up positive for the virus,” he said, but clarified that part-time employees are not eligible for this benefit.

“I live with someone who is high-risk,” he admitted. “My fear is that I’m going to bring it home to them. If I expose them, I won’t know until it’s too late.”

“We’re not just on the front lines,” he concluded. “We have to take care of our families too. Even though we’re working, our families are not. My husband won’t go back to work until April 1, but he works for a small company. Who is to say that there’s going to be business in April. So, $2 more an hour isn’t going to cover any expenses for my family. It’ll allow me to buy more food, is what it’ll do. It’ll allow me to put more money back into the company.”

RELATED: L.A.’s Grocery Store Employees Are Fighting to Be Treated as Emergency Workers