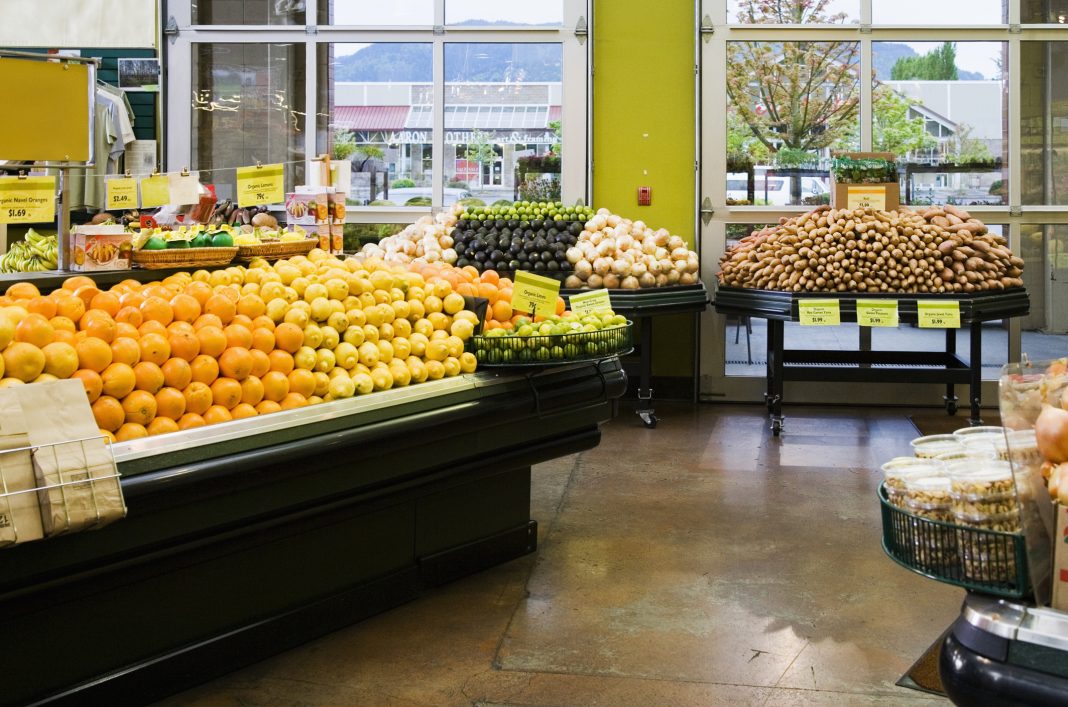 L.A.’s grocery workers are on the front lines of the coronavirus epidemic, keeping shelves stocked and supplies being delivered so Angelenos can avoid spreading the illness by staying home. But who is looking out for their health and safety?

After recently winning a pay increase of $2 an hour for workers at Albertsons, Ralphs, and Vons, Grant says the union is now reaching out to Governor Newsom’s office to ensure that grocery store workers are classified as emergency personnel.

“When people applied to become grocery store clerks, they didn’t have the idea of becoming public health officials during a global pandemic,” he says. “Our workers are heroic, but they’re vulnerable and need assurances.”

Employees at supermarkets face an elevated risk of exposure to COVID-19 because of how closely they interact with the general public during their workdays, but many can’t afford to take time off. This puts them in a dire predicament: either risk their lives by coming to work or stay at home and lose their income and health insurance.

Grant says both a lack of safety gear and an onslaught of frenzied customers have taken a huge toll on grocery workers’ mental health.

“I think it’s only a matter of time before our clerks start suffering from post-traumatic stress disorder,” says Grant. “It’s like when the opening bell sounds at the stock market and you’re in a free fall crash—everybody is jumping all over them asking questions and then you have panic-buying on top of that.”

Employees of some chains have complained that they’ve been unable to protect themselves from the virus in even the most basic ways. Management at some Trader Joe’s stores have refused to allow employees to wear gloves out of concern that the gear could spook customers. A spokesperson for Walmart, which employs 1.5 million people in the U.S., recently told The New York Times that the retailer doesn’t provide masks and gloves to employees because the CDC does not explicitly recommend the supplies for workers outside the medical profession.

Some workers say sanitary supplies began being exhausted as stores faced unusually large crowds of panicked shoppers. “We started out with hand sanitizer by every register, but then they began running out one by one,” says Rachel Fournier, a cashier who works at a grocery store near downtown Los Angeles. She says a security guard eventually passed out gloves to employees but management didn’t provide any information on how often to replace them. “There was no real directive,” she says.

Equally concerning were the crowds, she says, which were still going strong last night. “There was this massive line that went all the way down the aisle and to the deli on the other end of the store,” she says. “Customers kept asking me how I felt—honestly, I felt like a potential mass vector.”

Thankfully, she says, some relief is coming. Last night, her manager pulled workers aside to let them know that, due to a new directive from L.A.’s health department, the store would now be required to limit occupancy to 50 customers at a time. The new rules also mandates that grocers wash their hands every half hour—and if they touched a customer’s reusable bag, they’d need to leave the register to go wash after packing their groceries.

“I have to tell you, after we heard that, everyone was so relieved. It was just like, ‘Oh thank god,’” says Fournier. “Everyone is so afraid for their health and the health of their family members.”

Grant says the union is working to ensure that workers can protect their health and the health of their family members. Members of UFCW 770 have access to six days of sick leave a year, but Grant says the union is working to up that number to 14—not only for those who’ve tested positive but for folks who feel ill and can’t get tested or have been personally impacted by the virus. “If your spouse has been diagnosed, you should be staying home, too,” he says.

He believes the grocery chains can afford these benefits, especially now. “This is not a recessionary time where everyone’s just scraping by,” Grant says. “My guess is that you could put Christmas decorations out and they would fly off the shelves. So let’s take the time, take a breath and figure out how we can protect the folks that bind communities together.”

Until the crowds let up, Fournier urges shoppers to download grocery store apps, which offer a contactless payment method that’s more important now than ever before. “All we have to do is scan the phone,” she says. “It’s safer for the customers and safer for us.

RELATED: How to Abide by the ‘Safer at Home’ Order Issued by L.A. and the State