Home Technology What Does a Chinese Company Want with Gay Hookup App Grindr? 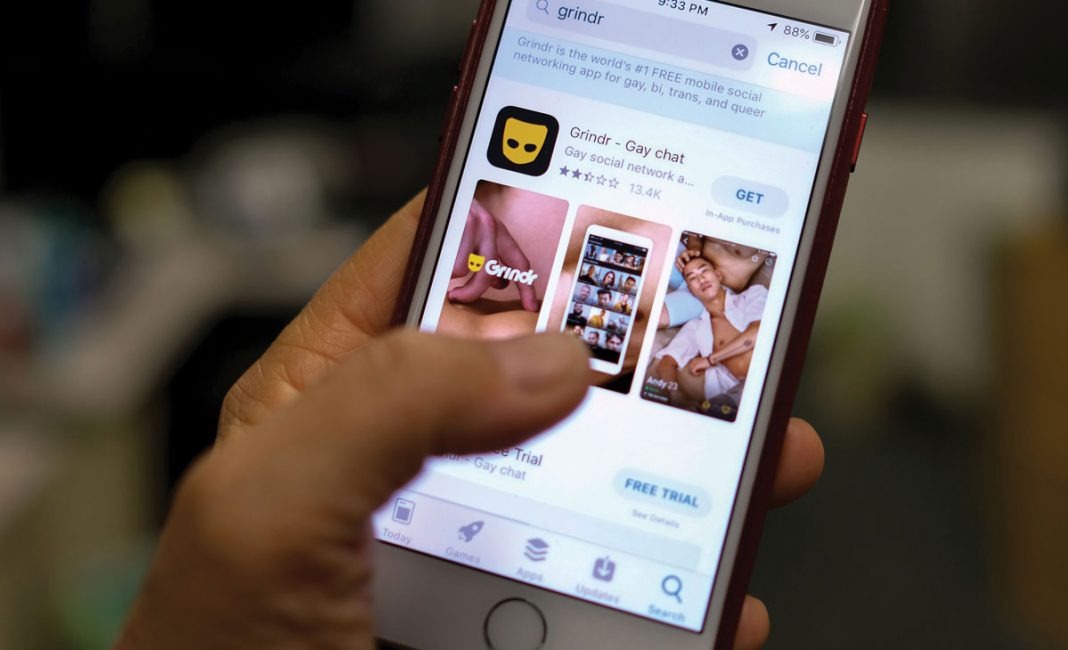 In 2016 when a largely unknown Chinese company dropped $93 million to purchase a controlling stake in the world’s most ubiquitous gay hookup app, the news caught everyone by surprise. Beijing Kunlun and Grindr were not an obvious match: The former is a gaming company known for high-testosterone titles like Clash of Clans; the other, a repository of shirtless gay guys seeking casual encounters. At the time of their unlikely union, Kunlun released a vague statement that Grindr would improve the Chinese firm’s “strategic position,” allowing the app to become a “global platform”—including in China, where homosexuality, though no longer illegal, is still deeply stigmatized.

A few years later any dreams of synergy are officially dead. First, in the spring of 2018, Kunlun was notified of a U.S. investigation into whether it was harnessing Grindr’s user data for nefarious purposes (like blackmailing closeted American officials). Then, in November last year, Grindr’s new, Chinese-appointed, and heterosexual president, Scott Chen, ignited a firestorm among the app’s mostly queer staff when he posted a Facebook comment indicating he is opposed to gay marriage. Now, sources say, even the FBI is breathing down Grindr’s neck, reaching out to former employees for dirt about the demographics of the company, the security of its data, and the motivations of its owner.

“The big question the FBI is trying to answer is: Why did this Chinese company purchase Grindr when they couldn’t expand it to China or get any Chinese benefit from it?” says one former app executive. “Did they really expect to make money, or are they in this for the data?”

The U.S. gave Kunlun a firm June deadline to sell to an American suitor, complicating plans for an IPO. It’s all a dizzying turnabout for the groundbreaking app, which counts 4.5 million daily active users a decade after it was founded by a broke Hollywood Hills resident. Before the government came knocking, Grindr had embarked on an effort to shed its louche hookup image, hiring a team of serious LGBTQ journalists in summer 2017 to launch an independent news site (called Into) and, a few months later, creating a social media campaign, called Kindr, meant to counteract the accusations of racism and promotion of body dysphoria that had dogged the app since its inception.

“Why did this Chinese company purchase Grindr when they couldn’t expand it to China or get any Chinese benefit from it?” —Former Grindr employee

But while Grindr was burnishing its public image, the company’s corporate culture was in tatters. According to former staff, around the same time it was being investigated by the Feds, the app was scaling back its security infrastructure to save money, even as scandals like Cambridge Analytica’s operation on Facebook were renewing fears about private-data mining. Scores of LGBTQ employees departed the company under Kunlun’s reign. (One former worker estimates the majority of the staff is now straight.) And staffers continue to express serious doubts about Chen, who has been running the app like it’s something between a freemium game and a more risque version of Tinder. To ex-employees, Chen seemed to be laser focused on user activations and did not seem to appreciate the social value of a platform that serves as a lifeline in homophobic countries like Egypt and Iran. Former staffers say he seemed disengaged and could be heartless in a clueless sort of way: When a row of workers was let go, Chen—who exercises obsessively—replaced their chairs and desks with gym equipment.

Chen declined to comment for this article, but a spokesperson says Grindr has undergone “significant growth” over the past few years, citing an increase of more than 1 million daily active users. “We have more to do, but we are pleased with the results we are achieving for our users, our community, and our Grindr team,” the statement reads.

Bryce Case Jr., a rapper and former hacker who was Grindr’s head of information security, says that the company under Chen’s leadership started to take privacy less seriously, focusing on bug fixes rather than launching ambitious projects like end-to-end encryption and other enhancements that could help protect users’ anonymity. “After the total acquisition of the company, the priorities shifted a little bit away from the safety and security of users to more like: How can we streamline, cut costs, and get things going?” Case says.

The safeguarding of private photos—OK, dick pics—is the subtext of every expression of concern for Grindr’s security issues, so let’s get this part out of the way: Grindr users’ private parts aren’t especially easy to access, even for someone like Chinese President Xi Jinping. Racy photo galleries are stored locally on a user’s device, and photos sent during chats are stored ever so briefly on an Amazon server before being deleted (unless a user has opted to backup their chats). The problem, security experts say, is Kunlun can be compelled by the Chinese government to turn over the data on its servers for any reasons that have to do with “national security.”

“It wouldn’t be hard at all for a government to scrape data on Grindr that reveals identities and location,” says Case. The data is stored in different databases, so it’s not a “one-stop shop,” but a bad actor could, in theory, use aggregated queries to see what’s going on. “The real fear, though,” he adds, “is that someone [from Kunlun] could just walk into Amazon headquarters, demand the hard drives, and fly them off to China.”

“It wouldn’t be hard at all for a government to scrape data on Grindr that reveals identities and location.” —Ex-security official at Grindr

Even before Grindr’s sale, the company had a rather mixed track record when it came to data security. Computer science researchers in Japan had found easy ways to triangulate a user’s location, and scores of users complained that they had been victims of identity theft. In one infamous case, a vengeful ex lured hundreds of men to his former lover’s door by spoofing his profile. (That former lover sued Grindr for negligence and emotional distress; the court ruled in the company’s favor.)

Still, few would have ever suspected Grindr to be home to a foreign intelligence operation. Kunlun’s first misstep was failing to notify an obscure governmental panel called the Committee on Foreign Investment in the United States (CIFIUS) while completing the full acquisition of the company around May 2018. That panel, which has gone after Chinese companies like tech giant Huawei, was given extra-sharp teeth by the Trump administration. Later, after CIFIUS began investigating Grindr’s sale, employees say that senior leadership, including Chen, was reluctant to comply with new restrictions on communication with China. “CIFIUS had concern about the Grindr app being used in China, so Scott’s big idea was creating a separate app that was just for China, which CIFIUS would have never been OK with, given their concerns about privacy,” one staffer says. That project was later shut down.

Meanwhile, progressive initiatives at the company have come under threat. Six weeks after Into published a story regarding Chen’s comments on gay marriage (“Some think marriage is between a man and a woman,” Chen had written on his Facebook profile. “I think so, too, but it’s a personal matter.”), the news site was shut down. “Over time, as people have left, they’ve been replaced by straight people,” another employee says. “Today Scott likes to use the phrase: ‘We’re not an LGBT company anymore. We serve LGBT users.’”

Landen Zumwalt, Grindr’s former head of communications, compared the company’s dysfunctional culture to that of Trump’s White House. “There was this small group of people inside Grindr who wanted to leave, but we were too fearful of what might happen if we did. I used to balk when I heard that from Trump people, and I still do, but that was a reality I was living with day-to-day.

“I left because I didn’t want to be their Sarah Sanders anymore,” he adds.

Grindr founder Joel Simkhai, who orchestrated the sale to Kunlun, declined to comment for this article, but one source says he’s heartbroken by how everything has gone down. “He wanted to stay in West Hollywood, but he doesn’t have any social capital anymore,” one source says. “He’s rich, but that’s it. So he’s been hiding in Miami.”

Most employees admit that Grindr’s data files may have already been intercepted by the Chinese government—and if they were, there wouldn’t be much of a trail to follow. “There’s no world in which the People’s Republic of China is like, ‘Oh, yes, a Chinese billionaire is going to make all this money in the American market with all of this valuable data and not give it to us,’” one former staffer says.