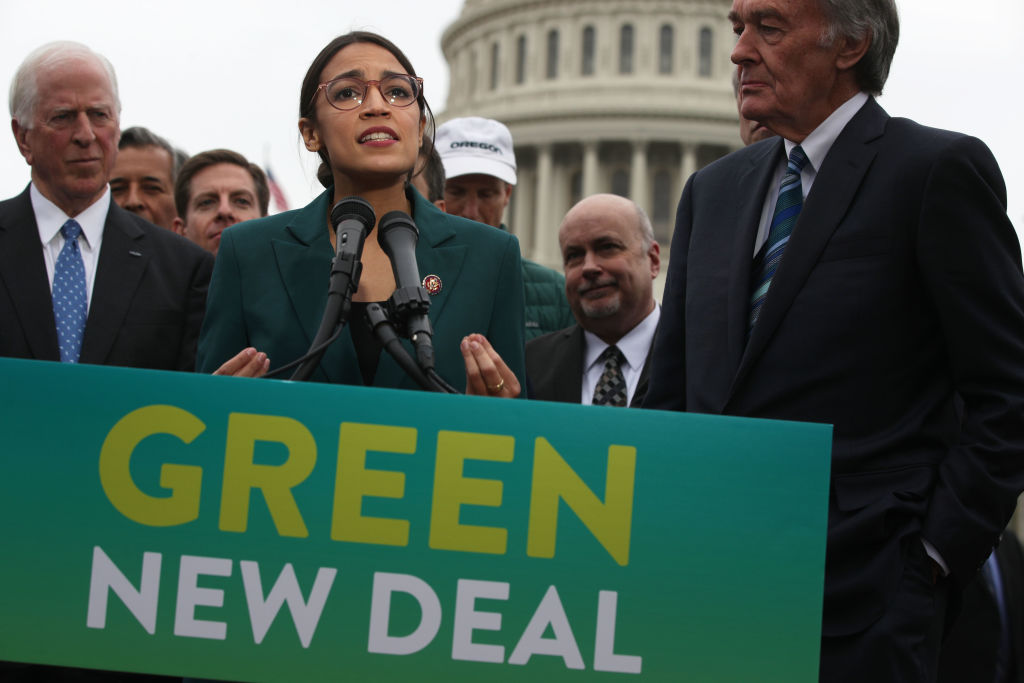 When New York Representative Alexandria Ocasio-Cortez recently introduced her Green New Deal proposal before Congress, the goals laid out in the document–transitioning to a completely clean power supply, updating grid infrastructure, bracing for the impacts of climate change–were described by many people across the country as extremely ambitious. They may also have sounded familiar to residents of California, a state which has been a leader on adopting environmental policies well ahead of the rest of the states (and has done so under both Democratic and Republican administrations in Sacramento).

If progressives in Washington, D.C. are looking for an example of how these policies might be enacted, they may just need to look west. The Green New Deal itself is short, and light on policy details, designed as an opening statement rather than a final set of regulations, but it does contain a handful of clear agenda items. Here’s how several points of the Green New Deal match up with programs already underway in the Golden State.

The Green New Deal sets a goal of supplying 100 percent of power demand with “clean, renewable, and zero-emission energy sources” in ten years. For now, the details of exactly which energy technologies qualify is being left open to interpretation, but by any measure it would still be an audacious mark to hit by 2029. Last year, then-governor Jerry Brown signed what was considered landmark legislation aimed at moving just the state of California to zero-emission energy by 2045–a timeline 16 years longer than the Green New Deal. Along the way to 100 percent carbon neutral are intermediate deadlines, including being 60 percent clean energy by 2030. The city of Los Angeles itself intends to be entirely carbon-neutral by 2050.

One of the primary goals of the Green New Deal is to prepare Americans for the ever more visible and powerful impacts of climate change, including super storms, wildfires, and other natural disasters. And while there have been catastrophic weather events in California in recent years, the state has been actively working on climate adaptation since Republican governor Arnold Schwarzenegger issued an executive order on the matter in 2008. The California Natural Resources Agency, which oversees coordination of the program, could provide a model for a national approach.

Modernizing the energy grid is no simple task. California, which operates the largest energy grid in the country, passed the Energy Independence and Security Act of 2007, which set goals for smart grid implementation, but modernizing such a complex system is no easy task–and, perhaps ironically, the increased adoption of renewable energy sources, which interact with the grid differently than traditional power sources, has complicated the project in some ways. Concerns have also been raised that some of the newest tech in the field could expose consumers to privacy concerns and the risk of hacking. But while it may be both complicated and expensive, infrastructure spending does have the advantage of being at least theoretically bipartisan, and the Green New Deal calls for creating a national, high tech smart grid.

Many of the policy priorities set forth in the Green New Deal link environmental conservation with economic justice, among them a statement that, as the transition to fully carbon-neutral power goes forward, accommodations be made to insure access to affordable electricity for all. While renewables naturally bring down energy costs once the infrastructure is in place, California has also instituted multiple state-wide laws to make sure utilities provide affordable power for low-income residents. The Public Utilities Commission has oversight over what power companies can charge, and Family Electric Rate Assistance Program and California Alternate Rates for Energy Program, just updated last year, set up deductions for qualifying households.

Ticketmaster’s Taylor Swift Mess Is So Bad, Even Congress Noticed