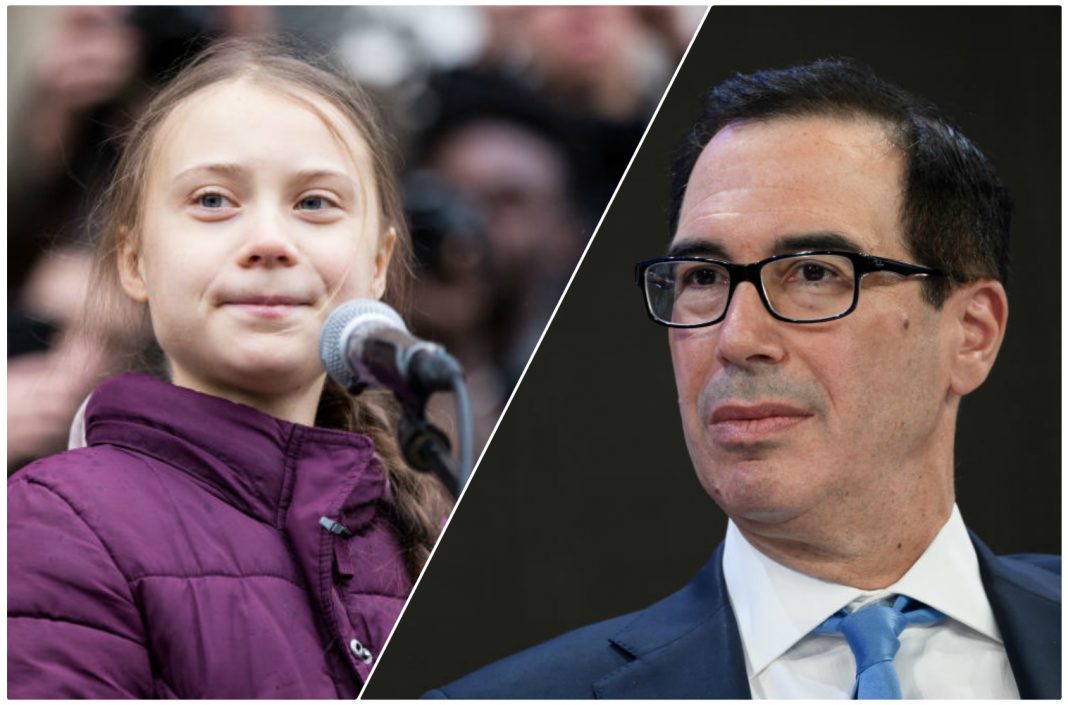 Trump administration officials stay pressed when it comes to teen climate change activist Greta Thunberg. The latest grown adult to express dissatisfaction that a 17-year-old girl with Asperger’s has renewed global youth enthusiasm in the environmental movement is treasury secretary Steve Mnuchin. The cabinet member spent precious moments of his press briefing at the World Economic Forum in Davos dismissing Thunberg in front of journalists.

“Is she the chief economist? Who is she? I’m confused,” he responded, when asked how conservation-oriented policies, like those outlined in Thunberg’s Tuesday afternoon remarks at the conference, might impact the U.S. economy.

After a pause, he told the reporters the statement was intended as “a joke,” but, the A.P. reports, he nonetheless proceeded to add, “After she goes and studies economics in college, she can come back and explain that to us.”

Thunberg, who has been a target of numerous attacks by President Trump and his surrogates, responded to Mnuchin’s remarks on Twitter. She wrote that, “it doesn’t take a college degree in economics to realize that our remaining 1.5° carbon budget and ongoing fossil fuel subsidies and investments don’t add up.”

Pending a Trial, SAG-AFTRA’s Board Finds Probable Cause to Consider Booting Donald Trump