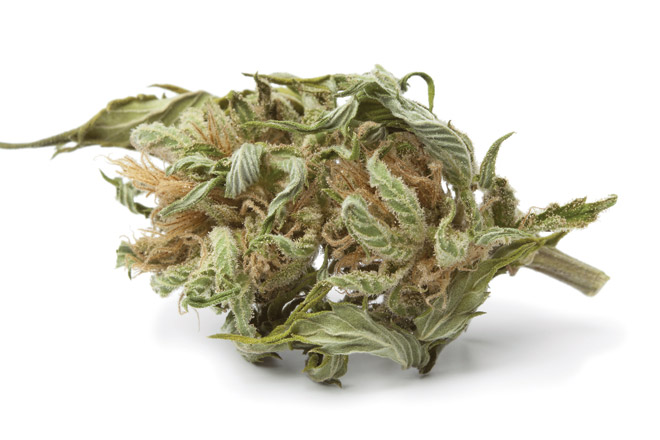 Early one morning last summer, a 15-man task force bushwhacked through a rarely traveled swath of Topanga State Park, decked out in camouflage and armed with assault rifles. A quarter mile from Topanga Canyon Boulevard and about one mile inland from PCH, the group crept up a steep hillside for two hours, covering only a few hundred vertical feet before reaching their target: an illegal marijuana farm. Less than a month earlier, hikers had discovered the patch of plants and been fired at by a man with a high-powered pellet rifle, the kind used for hunting small animals. By the time members of the L.A. County Sheriff’s Department’s Marijuana Eradication Team (MET), along with park rangers, were able to storm the plantation, the growers were gone. Barely. “Their radio and stove were still on, tuned to a Mexican station,” says ranger Chuck Fox—who took me to the site about eight weeks after the bust—as he points to the area where the growers camped and ate. “Food was cooking,” says Fox (whose name has been changed to protect his identity). “They probably heard us, bugged out. They had escape routes.” The team found 2,000 plants valued at $3 million or more, two pellet guns, plus ammunition for a 9mm handgun and a .22-caliber rifle.

The mission was not a one-off. During the last five years, illegal pot farms on L.A.’s public lands have become nearly as productive as such legendary growing regions as Mendocino and Humboldt counties. Since 2007, L.A. has ranked as high as fifth out of 58 counties in number of plants seized on public lands, according to the California Department of Justice. In recent years there have been three major raids on open space in the Calabasas-Agoura Hills area, and armed growers have been arrested in Malibu Creek State Park. Another bust last year in Topanga yielded 34,000 plants valued at $54 million or more. On the other side of the county, in the Angeles National Forest, there’ve been no fewer than 100 raids over the past ten years, adding to a countywide haul of more than a million plants in that time.

That’s a lot of illegally grown marijuana by any county’s standards, let alone a metro area with 10 million people, tens of thousands of law enforcement officers, and easy access to medical marijuana even if you aren’t sick. “This is big, big, big business,” says Tommy LaNier, who as the head of the National Marijuana Initiative for the U.S. Office of National Drug Control Policy in San Diego, is a sort of war room liaison for law enforcement. Much of the pot on the streets here is suspected of being grown domestically by operations that call the shots from Mexico, where a violent drug war has left some 60,000 dead. Even California farmers have been known to protect their investments with potentially lethal force. In the last five years, says LaNier, 12 to 14 growers in the state have been killed after engaging law enforcement in shoot-outs; one farmer was killed by business rivals, and two officers (one sheriff’s deputy, one Fish and Wildlife agent) have been wounded by gunfire in two separate incidents.

Before the 9/11 attacks, most of the U.S.’s pot supply came from Mexico. But as border security tightened, so did opportunities to smuggle huge shipments of cannabis across the 1,900-mile frontier. Today seizures in the United States outnumber those at the Mexico-U.S. border. Dealers dug tunnels and went to sea. In places like Newport Beach and Malibu, boats full of pot have washed ashore, been seized by authorities, and been hastily abandoned upon close encounters with the Coast Guard. While illegal indoor grows continue to turn up in the L.A. area—in March police raided an 8,000-plant operation spread over 26 locations in L.A., Riverside, and San Bernardino counties, and in April a Glendora man was busted for cultivating 400 plants in a pair of office suites—they seem to be the province of those who distribute less widely. The big grow-ops are in the wilderness.

In 2009, a major year for pot seizures in the country, 7.5 million out of 10.2 million plants were found in California; LaNier estimates that 80 to 90 percent were grown on public lands. In relatively slow 2012, about 1.5 million plants didn’t make it out of California. Some of it stays here, while some of what’s grown is suspected of being exported to states where pot is less readily available or more difficult to cultivate. The greater the distance the pot travels, the more valuable it becomes. A pound of buds—the typical yield from a single outdoor plant—costs about $1,500 wholesale in California. Once it reaches the East Coast, it can be worth up to $4,000 wholesale. By that measure the buds from the 133,000 plants seized by L.A.’s MET in 2011 carried a minimum value of $200 million.

While a few hundred arrests are made statewide each year for pot growing on public lands, law enforcement has little to go on beyond educated guesswork. For instance, at the eradicated site I visited, food wrappers—many with Mexican brand names—were strewn about. On a scraggly tree someone had etched a slightly misspelled version of the words “Caballeros Templarios” (Spanish for “Knights Templar”), the latest incarnation of the Michoacán, Mexico-based La Familia drug gang. “We’ll get signs of cartel clans or a picture of the cartel groups, and it’ll have their name,” says ranger Fox. “They have a tendency of leaving their trademark.” But higher-level law enforcement agents I spoke with say rank-and-file outdoor growers often know nothing about their bosses, the better to prevent them from becoming informants.

Keeping laborers in the dark seems effective. Law enforcement can trace many operations to Mexico, but they can’t establish solid links to drug gangs there. “It’s organized,” says Sarah Pullen at the DEA’s L.A. office, “but there’s no smoking gun that ties these outdoor growers to a cartel.” LaNier agrees. “It’s safe to say that we don’t have a lot of connection to cartels at this time. Now, we may be working some cases that have indirect connections through some of our intelligence sources,” he says, but mostly “these are guys that just know how to grow good marijuana. They have a distribution network set up. Some of them have found that they can come to the U.S.; others are already here—and the market’s already here.”

A former grower turned informant, who asked to be called Saul, says that, like others, he was simply fulfilling demand. A pudgy illegal immigrant in his late twenties, with a baby face and jaded eyes, Saul is a native of Michoacán. Years ago he sold meth for an L.A.-based member of La Familia before cultivating pot in the foothills of the Central Valley. (Saul knew of his bosses but didn’t meet them until long after he’d been hired.) He and a few coworkers set up hoses, planted seeds, and planned escape routes. Someone would drop off food and other supplies periodically during the grow season, which averages about three months, from late spring to late summer. Through a translator Saul tells me of the ever-present danger of poachers, rogue coworkers, and law enforcement, adding, “I always had a gun when I worked in the mountains.”

Laborers’ compensation is usually contingent on delivery to a pickup crew, who drive to meeting spots in the middle of the night once the crop has been harvested. Saul preferred to be paid in product, which he could divide, mark up, and sell for a greater amount than the few grand in cash he’d have received for spending several weeks in the mountains without bathing.

Outdoor pot growing is dirty work. The site in Topanga looked like an abandoned guerrilla camp. Large enough for a bungalow with a small yard, it consisted of half-a-dozen tilled plots, each about 15-by-30 feet and designated with numbers carved into nearby trees to indicate where they were in the grow cycle. (Sites in the Angeles National Forest have covered as much as eight acres.) Along with all those food wrappers, there was packaging for fertilizer, pesticide, and rodenticide, a chemical trifecta that taints the food chain and leaches into ocean-bound streams. The meticulous rows had been irrigated by a series of tubes connected to hoses that originated in a Topanga Creek feeder stream. Just establishing the watering system requires days of crawling on hands and knees, under bushes and through poison oak, to make sure the hoses remain out of sight. Branches had been torn off or hacked with machetes for ease of movement. Some areas were concealed with twig-and-stick walls. Sleeping and cooking quarters doubled as a spot where growers dried, weighed, and divvied up the weed into street-ready bags of all sizes. As Saul tells me, “I didn’t bathe for weeks. I had the breath of a dragon.”

Since the early ’80s, agencies at the federal, state, and county levels have thrown heaps of money and manpower into marijuana enforcement. LaNier works with at least 25 multiagency task forces in Southern California alone. (San Bernardino, Riverside, Ventura, and Santa Barbara counties have their share of grow operations, too.) The DEA’s California budget for eradicating pot farms has been $1 million a year since 2008. Until recently the state spent $1 million annually, too. The L.A. County sheriff’s 68-man Marijuana Eradication Team, which oversees busts on public lands, spent about $350,000 last year, conducting helicopter flyovers and overseeing eradications with other agencies such as California State Parks, the U.S. Forest Service, and the Bureau of Land Management. They’ve even considered using drones.

The MET’s lead agent, sergeant Robert McMahon, says that his team’s efforts “are driving growers out of the state.” In fact, Nevada has seen an uptick in farming on its open space, according to the DEA—exactly the problem people like Dale Gieringer point to with these sorts of interdiction efforts. The Bay Area director of the National Organization for the Reform of Marijuana Laws (NORML), Gieringer likens the process to “squeezing a balloon”: Growers inevitably regroup, rearm, and replant—on smaller plots that are harder to detect. “Law enforcement’s success rate of breaking up big grows has not affected supply,” he insists; it’s merely rearranged the landscape.

For people at NORML the solution is simple. “The only way for Fish and Wildlife rangers to not have to worry about civilians facing an illegal marijuana farm is if the product is taxed and legal,” says Allen St. Pierre, a colleague of Gieringer’s who works at the organization’s headquarters in Washington, D.C. Of course that’s the route Colorado and Washington have taken, with results still pending. “Unless things go seriously awry in Colorado and Washington,” says Gieringer, “I suspect that California will still be inclined to support legalization. We saw a jump in support in a recent California field poll, which also showed opposition to federal interference in state marijuana laws.”

Then again, voters in Los Angeles just approved a measure to more strictly regulate medical marijuana dispensaries. Maybe Angelenos are rethinking their fondness for pot. Or maybe people here simply want truth in advertising so that pot shops catering to recreational users stop the charade. In the meantime, as harvest time approaches, you can be sure that growers are keeping an eye on their fields, not field polls. That doesn’t mean you should wear a Kevlar vest on your next hike, but if you spot any hoses coming from creek beds, resist the temptation to see where they lead.

Dosist Doesn’t Care About Bringing Cannabis to the Masses