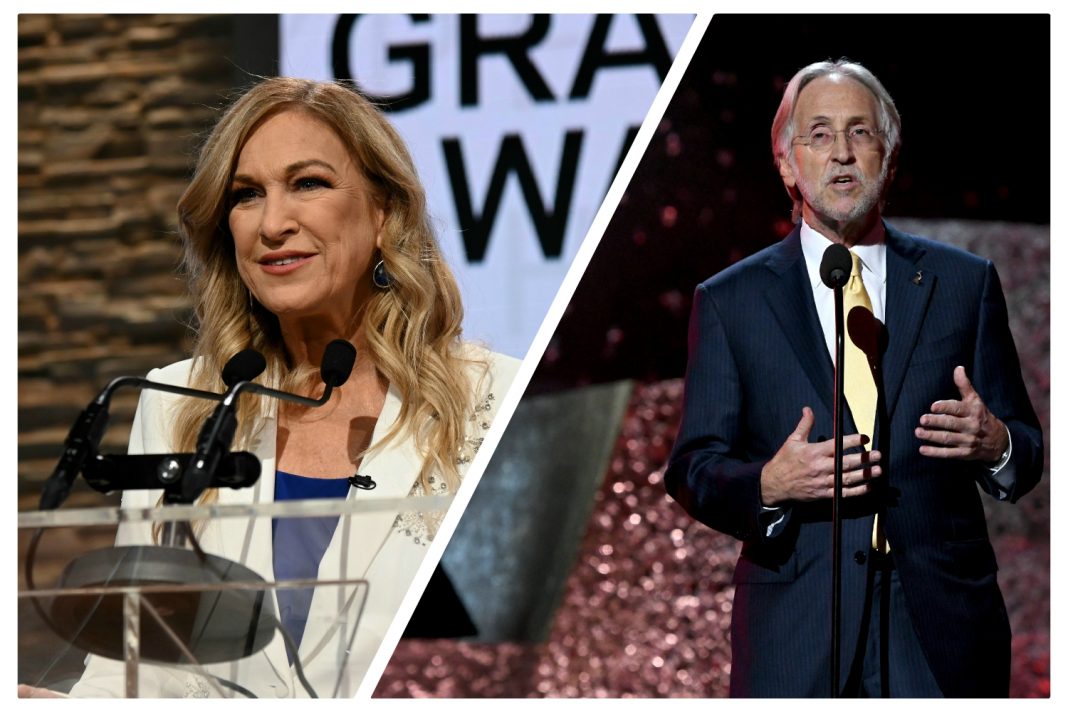 Only days before the presentation of the 62nd Annual Grammy Awards on January 26, an explosive discrimination claim that raises questions about the integrity of voting and charges a “secret committee” chooses certain performers and songs is casting a cloud over “music’s biggest night.”

It was filed on behalf of Deborah Dugan, who was put on administrative leave by the Recording Academy (formerly the National Academy of Recording Arts and Sciences) on January 16, only about six months after her hire as CEO. She had replaced Neil Portnow, who headed the Academy for 17 years. His contract was not renewed after he made controversial remarks about the small number of women Grammy nominees, offering that woman artists needed to “step up” if they wanted to be recognized.

In her claim, Dugan says that wasn’t the real reason Portnow was let go. She filed a complaint in December with the Equal Employment Opportunity Commission that said Portnow “allegedly raped a female recording artist.” Dugan says the board knew and that was “the real reason his contract was not renewed.”

Dugan says she was harassed because she was going to blow the whistle on improper and illegal actions by the Recording Academy. She claims they trumped up false allegations against her to justify putting her on leave.

Another of Dugan’s lawyers, Douglas Wigdor (who also reps women with claims against Harvey Weinstein), said that “the attempt by the Recording Academy to impugn the character of Deborah Dugan is a transparent effort to shift the focus away from its own unlawful activity. This blatant form of retaliation in corporate America is all too common, even post #MeToo.”

The EEOC email from Dugan said there were “egregious conflicts of interest, improper self-dealing by Board members and voting irregularities with respect to nominations for Grammy Awards.” Dugan laid out specifics about what she sees as corruption of the voting process.

She says after members vote, the top 20 categories are reviewed by “secret committees” that narrow down nominees to five to eight per category. She alleges artists in consideration are allowed to sit on the secret committees, and some songs are only nominated because the shows longtime producer Ken Ehrlich wants to have them performed on the telecast.

The email also complained of “egregious conflicts of interest, improper self-dealing by Board members,” according to the complaint, which describes the Academy as “a ‘boys’ club’ where men work together to the disadvantage of women and disenfranchised groups in order to enrich themselves and maintain control on the Academy’s dealings.”

In the EEOC complaint, Dugan also alleges that she was sexually harassed by music lawyer Joel Katz, the Academy’s general counsel and a former board member. Howard Weitzman, lawyer for Katz, told The Hollywood Reporter his client “emphatically denies” the allegation.”

About three weeks before she was put on leave, Dugan sent a memo to the Academy’s Human Resources department, according to The New York Times, “detailing her concerns about the governance and practices of the organization, leading her to conclude ‘something was seriously amiss at the Academy.’”

Dugan had been hired to bring “diversity” to the Recording Academy but when she arrived she says she found an entrenched system and a staff loyal to Portnow. The complaint that got her suspended for alleged “bullying” was filed by Portnow’s former personal assistant.

Dugan’s memo charged the Recording Academy paid “exorbitant and unnecessary” legal bills, and conflicts of interest violations by members of the academy’s board, executive committee, and outside lawyers.”

“She was a huge source of discomfort for everyone there because she believed she was coming to be an agent of change, but they don’t really want change at all,” an unidentified source said. “They had entrenched ways of doing business and anything she tried to change was met with, ‘That’s not the how we do it.’”

After Dugan’s suspension, the Recording Academy said it was immediately launching an independent investigation of both her allegations and Dugan’s behavior. The Academy reportedly claims Dugan sought $22 million to go away, threatening to go public with her claims. Her lawyer Bryan Freedman has denied that she made that demand.

In a statement, the Recording Academy said: “Our loyalty will always be to the 25,000 members of the recording industry. We regret that Music’s Biggest Night is being stolen from them by Ms. Dugan’s actions and we are working to resolve the matter as quickly as possible.”

RELATED: The Recording Academy’s First Woman CEO Has Been Suspended Just Days Before the Grammys