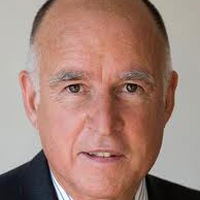 In an open letter to the people of California released to the media today, Governor Jerry Brown touches on an initiative filed with the Attorney General’s office that will increase funding for education by temporarily raising taxes on the wealthiest Californians. Here’s the letter in full:

“When I became Governor again — 28 years after my last term ended in 1983 — California was facing a $26.6 billion budget deficit. It was the result of years of failing to match spending with tax revenues as budget gimmicks instead of honest budgeting became the norm.

In January, I proposed a budget that combined deep cuts with a temporary extension of some existing taxes. It was a balanced approach that would have finally closed our budget gap.

I asked the legislature to enact this plan and to allow you, the people of California, to vote on it.  I believed that you had the right to weigh in on this important choice: should we decently fund our schools or lower our taxes?  I don’t know how you would have voted, but we will never know.  The Republicans refused to provide the four votes needed to put this measure on the ballot.

Forced to act alone, Democrats went ahead and enacted massive cuts and the first honest on-time budget in a decade. But without the tax extensions, it was simply not possible to eliminate the state’s structural deficit.

The good news is that our financial condition is much better than a year ago. We cut the ongoing budget deficit by more than half, reduced the state’s workforce by about 5500 positions and cut unnecessary expenses like cell phones and state cars. We actually cut state expenses by over $10 billion.  Spending is now at levels not seen since the seventies.  Our state’s credit rating has moved from “negative” to “stable,” laying the foundation for job creation and a stronger economic recovery.

Unfortunately, the deep cuts we made came at a huge cost. Schools have been hurt and state funding for our universities has been reduced by 25%.  Support for the elderly and the disabled has fallen to where it was in 1983.  Our courts suffered debilitating reductions.

The stark truth is that without new tax revenues, we will have no other choice but to make deeper and more damaging cuts to schools, universities, public safety and our courts.

That is why I am filing today an initiative with the Attorney General’s office that would generate nearly $7 billion in dedicated funding to protect education and public safety. I am going directly to the voters because I don’t want to get bogged down in partisan gridlock as happened this year. The stakes are too high.

My proposal is straightforward and fair.  It proposes a temporary tax increase on the wealthy, a modest and temporary increase in the sales tax, and guarantees that the new revenues be spent only on education.  Here are the details:

This initiative will not solve all of our fiscal problems. But it will stop further cuts to education and public safety.

I ask you to join with me to get our state back on track.”