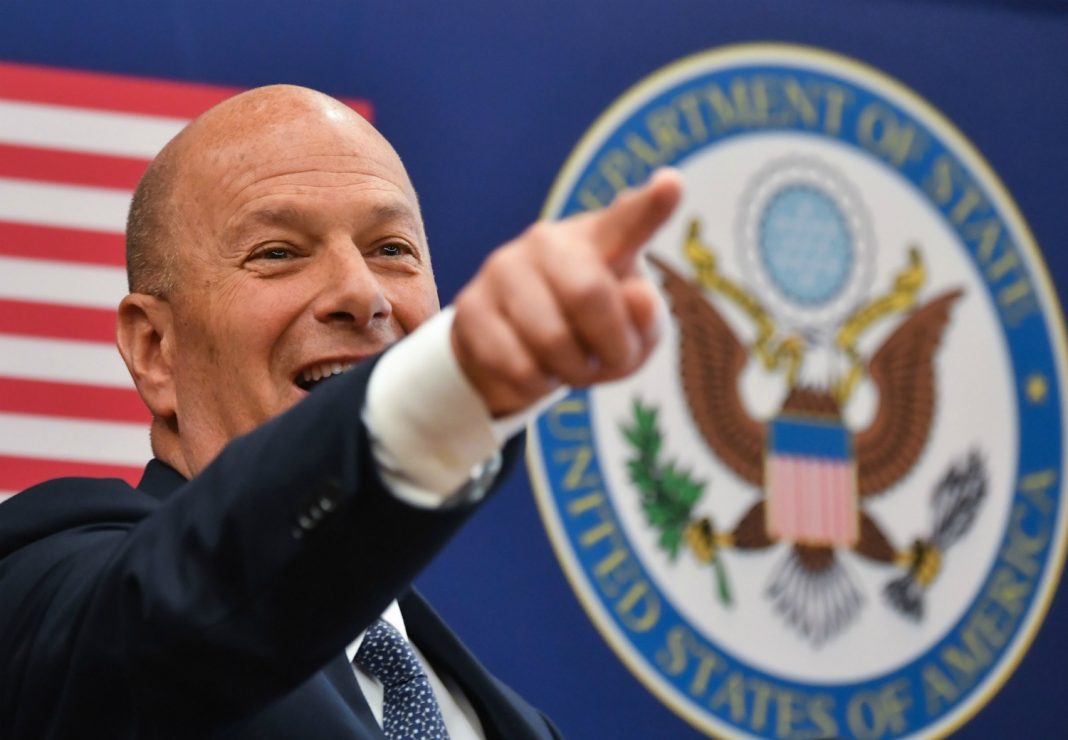 Donald Trump continues to own his hotels and golf courses, including the Estates at Trump National course in Palos Verdes. Now one of his top supporters—a hotelier as well, with a Palm Springs property among his holdings—is finding himself in the national spotlight for his role in the Ukraine scandal. In the unfolding imbroglio, which led the U.S. House of Representatives to open an impeachment inquiry, Trump and others in the administration stand accused of using pressuring a foreign country for dirt on a political opponent.

In text messages made public last night, October 3, Provenance Hotels founder Gordon Sondland, who was selected by the White House in 2018 as U.S. Ambassador to the European Union, is revealed to have been at the center of discussions about the alleged “quid pro quo.” In one text from August 9 that discussed setting up a meeting between the Trump and Ukrainian president Volodymyr Zelensky, Sondland wrote, “I think POTUS really wants the deliverable.” A month later, after charges d’affaires for the Ukraine, William Taylor, expressed alarm that, “I think it’s crazy to withhold security assistance for help with a political campaign,” Sondland, a political appointee whose companies donated $1 million to Trump’s inaugural committee, responded, “Bill, I believe you are incorrect about President Trump’s intentions. The President has been crystal clear no quid pro quo’s of any kind.”

Most of Sondland’s 14 hotels are located in the Pacific Northwest. Villa Royale, the chain’s Palm Springs property, which reopened in 2018 after a renovation, has 38 rooms and three pools, and is said to have been built for Olympic figure skater and actress Sonja Henie. Sondland’s Provenance Hotels is also, according to its website, developing a boutique hotel by the shore in Hermosa Beach, Calif.

In an interesting choice of phrasing given Sondland’s current embroilment, 16 partners of the hotel chain are cheekily listed on the Provenance website as “co-conspirators,” including companies such as popular ice cream purveyor Salt & Straw and Pasadena-based skincare line Lather. Reads the site, “These are the people we conspire with to create hotels and experiences that inspire and delight.”