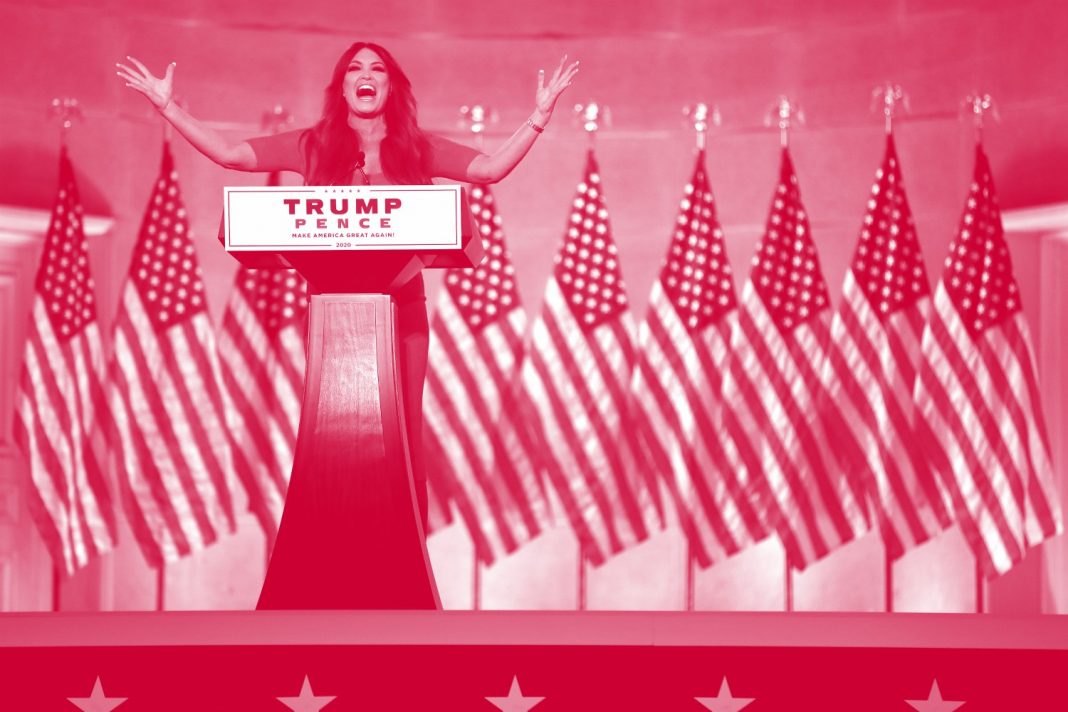 At last week’s ratings-challenged Republican National Convention, so many speakers railed against California that it seemed the party has a fatal attraction to the Golden State.

In a speech so vitriolic that it led to Power Rangers villain Rita Repulsa trending on Twitter, Governor Gavin Newsom’s ex-wife, Kimberly Guilfoyle, told the non-social-distancing crowd, “If you want to see the socialist Biden-Harris future for our country, just take a look at California. It is a place of immense wealth, immeasurable innovation, an immaculate environment, and the Democrats turned it into a land of discarded heroin needles in parks, riots in streets and blackouts in homes.”

Such attacks are old hat for a struggling administration that has now been sued 100 times by the state they love to hate—and where one in eight Americans live.

Last year, Trump said that California’s urban centers would “destroy themselves,” that San Francisco is “in total violation” of unspecified pollution rules, for which he would be “giving them a notice very soon,” and that the state’s immigration policies have “put the entire nation at risk.”

Trump added that forest fires were California’s own fault, brought on by “gross mismanagement” of the forests. Interestingly, a former Department of Homeland Security official recently said that Trump asked FEMA to withhold wildfire relief from California out of plain old spite.

Of course, the courts have struck down most of Trump’s attempts to inflict his will on the liberal bastion. Upon filing the 100th lawsuit against the Trump administration last week, Attorney General Xavier Becerra told the Los Angeles Times, “I am surprised that any president in any administration would at least 100 times be caught red-handed violating the law. I am not surprised we have had to sue, because we have to protect our people, our resources and our values, and we use the rule of law to do that.”

According to one GOP strategist, that mutual antipathy and the rhetoric it drives on the right is effective. “The image we hear of California portrayed by a lot of speakers is exactly the kind of image that does appeal to base voters,” GOP strategist Lanhee Chen, who advised Mitt Romney and Marco Rubio in their presidential bids tells Politico. “I do think it mobilizes them. I do think it’s an effective way of framing the contrast difference between Biden and socialism and Trump and free enterprise.’’

Bill Whalen, a former advisor to Republican California Governor Pete Wilson, explained to Politico, “It’s the cost of living, but it’s also the direction California is headed under Big Government: endless taxation, schools that are beyond reform because of teachers union control of the legislation, the imbalance of power, one-party monochromatic rule, and constant social engineering.”

The reasoning of Wilson and his former advisors might be taken with a grain of salt, however. Many point to Wilson’s support of the wildly anti-immigration Proposition 187 in 1994 as the driving force behind a surge in Latino voting that eventually made the California GOP a near nonentity. Democrats hold every major office and a supermajority in both legislative houses, while Republicans trail Independents for the rank of third place in state representation.

In fact, the Republicans’ panicky assault on California as a fortress of coastal liberal elitism fails to account for the fact that most of the country is becoming as diverse as this state, where whites made up nearly 80 percent of the population in 1970 and are now just 37 percent, while Latinos are at 40 percent and rising.

During his 2018 reelection campaign, Texas Senator Ted Cruz told supporters that Democrats “want us to be just like California, right down to tofu and silicone and dyed hair,” as if no Texan consumes such avant-garde fare or indulges in a boob or bottle job.

That year Curd Knüpfer, a political scientist at the Weizenbaum Institute for the Networked Society in Berlin, told German outlet Deutsche Welle of Trump, “The goal is to get re-elected and to stay in power for as long as he can. That’s what all these examples of petty battles on Twitter and nonsensical, or just outright lies that he tells, are. They’re all doing the same thing. And whether it’s California this week—or next week it might be immigration again—it’s part of the same strategy.”

“It is, at this point, a reflexive move for Republicans,” Dan Newman, an advisor to Gov. Newsom, tells Politico. “They’re having trouble believing that what they’re increasingly trashing as California values are actually American values. Trump is running to be president of George Wallace’s Alabama, and the reality is, America is looking much more like Gavin Newsom’s California.”