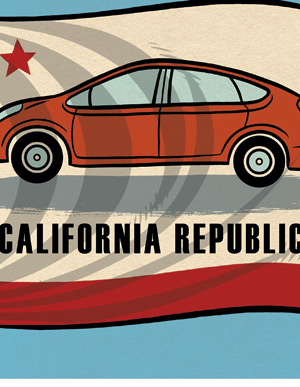 A close relative needed to buy a car. The aging Camry she was driving had come to the end. The mechanic refused to do one more oil change or one more tire rotation. It’s over, he said. Get rid of it. I will not give the name of this woman (or her precise relationship to me) because, as I have discovered—as we all have discovered—buying an automobile these days takes you into murky ethical waters. I do not want disgruntled readers to hurl written darts at this person because of the car she ultimately purchased. Truth be told, we did a lot of that jockeying ourselves, a lot of intrafamily opining when the subject of a new vehicle came up. Never has so much been said by so few about so many things we essentially knew little about (not to mention the sidebar conversations along the lines of “She wouldn’t buy that, she can’t, that would be awful, I wouldn’t get in that if you paid me”). Of course we were cruising the Internet for statistical ammo with which to lace our arguments, spewing out information whenever the name of a potential candidate was floated.

I was only vaguely aware how fraught with potholes this terrain has become. I am from a tribe of folk who drive their cars into the ground. We tend to be financially cautious due to the vagaries of our professions. I drive a 1993 Subaru station wagon with—as of this writing—188,288 miles on it. The idea of shelling out $25,000 to $35,000 for an item with such an ordinary, everyday purpose just doesn’t compute. Despite being a lifelong Angeleno, none of my vanity has ever been automotive. That might seem odd for a native. Cars are supposed to be our pleasure, our status symbols. I grew up driving my parents’ hand-me-downs, so from the earliest stages my ego was not invested in my wheels. I was more into good grades and a great tan—things I could control. Also, fairly young, I knew I wanted to be a writer, not usually a very remunerative line of work. I figured that fancy cars were not in my future. I was right.

At this point I could afford another, newer vehicle, but my affection for my current one runs deep. Both my treasured Labs, past and present, have left their hairs and paw prints on the scruffy upholstery. My husband and I have taken our happiest trips in this conveyance. Like us, the buyer in question also had a strong allegiance to her car. She had raised a daughter in it—not literally, of course, but as any of us Californians know, close to it. All those years of car seats and carpools, of ferrying the kids to lessons and sports meets and junior high dances. And then, whammo!, the children are gone, and what you’re left with is a rolling repository of the memories from those drives, and you can’t bear to part with it. In addition to being careful about money, my family is also sentimental.

The garage guy had no use for nostalgia. “Don’t donate it, either,” he said to my relative. “It’s unsafe.” So the search began, along with the fun and the fights. Within a nanosecond, we were not only examining upholstery and paint colors but also our consciences. To Prius or not to Prius—was buying a hybrid the only responsible course of action? Should we just settle on that and be done? Alas, not possible. First of all, such a hasty choice would have left us without the drama. Second, despite our collective attempt to fall head over heels in love with, if not the squat body of the car, then at least with its environmental bona fides, we could not (“Like being in an acorn,” my mother said as we stuck her in the backseat to test the ride on her little bones).

How petty we felt there on the lot kibitzing about looks and comfort when the fate of the globe was at stake: the ice caps, the polar bears. We tend to be good scouts, very good scouts. We bring our own bags to the market, have the right lightbulbs, and are generally mindful of our carbon footprints. We live in small houses and use heat sparingly, so that sweaters are required indoors during colder months. We have but one flat-screen TV. The Prius would be the crowning glory. We would be part of the ever-swelling hip tribe of hybridians. My street—once clogged with SUVs, even Hummers—is now awash in hybrids.

We tried to love it. We really did. Yes, the Prius was smooth and quiet, and all kinds of people we know love theirs. But the car is somehow earnest—so earnest—and a touch cocoonish. There is a rebellious streak in us that’s right next to the sentimental one. To reassure ourselves, we googled. There was evidence the Prius wasn’t quite living up to its miles-per-gallon claims. This public disappointment fueled our own. We were also not keen on that bifurcated back window.

“I just don’t know,” I said. “I don’t think you have to buy it. Let’s just get close to the mileage. Maybe you can still fall in love.”

We then digressed into one of those sidebars—this one about love, whether it is required or desired or whether the buyer is even entitled to that emotion. This was just a car, after all, not a person or a dog or something alive. But we were at D-day. The old car had been, in effect, quarantined. Yet we couldn’t Prius. “For $30,000, we ought to feel at least a heavy ‘like,’?” I said. “Let’s try something else.”

At the risk of offending an entire phalanx of Honda devotees, we didn’t flip over the Civic Hybrid, either. It seemed so normal, so appropriate, so unjazzy. Maybe, we thought, it was our age, where we were in our lives. Having owned gas-efficient family sedans forever, we wanted midlife sass, sex appeal, spunk. We were smarting, too, over the fact that having driven such cars in the past, we had not been eligible—even I, with my geriatric Subaru—for the “Cash for Clunkers” program. No, that went to the bad guys, those with the behemoth guzzlers. We were a tad grumpy about that as well. We felt as if we had paid our dues—and theirs, too. Not that we were going to go wild and acquire a Porsche or an SUV. But we wanted a few inner chimes rung. We didn’t want to proceed sedately into the next phase. Perhaps this was our last chance for the spiffy ride we had never allowed ourselves to covet. We were past the midlife line. If not now, when? Had we not earned a touch of luxury after all the years and hard work? Did we not deserve some of those wondrous new gadgets that talked to you and kept you from getting lost and warmed your behind on chilly mornings when you cruised the coast with the windows down? Shouldn’t we—couldn’t we—permit ourselves a final flare-up of lust?

As we made the rounds, the other issue emerged, the one we had kept hidden: the patriotic angle. Did we, at such a delicate economic juncture, owe it to the country to buy American? Selecting a Prius seems to offer a pass on that, a moral wash. But if you weren’t going to buy the guilt-cleansing Toyota or one of its brethren, then you could not avoid this other challenge. Thus ensued a discussion about Detroit and the unions and people losing their jobs and whether it was hedging to wait a while longer until the domestic manufacturers got their eco-act together and produced a superb electric car. Here were more calls to the conscience. We googled again. The Ford Fusion had promise but not much of a track record. Given the nature of the global economy, one could maintain (and we did, or tried to) that the world’s workers were also our responsibility and that when American carmakers finally threw up something irresistible, well, we would sign on right away, though, given our history, that was not highly likely. This was it: The car had to see us into the future, over and out. We were not serial auto buyers, never had been, never would be. Maybe that’s why this experience loomed so large, came with such emotional weight. We were people of demonstrable caution and loyalties. Hopping casually from car to car was not in our DNA. So much seemed at stake—money, memories, guilt, longings.

In some ways we envied the determined Prius buyers, who were sold before setting foot on the lot. There was preemptive pride in their stride. The “buy American” people were similarly convinced, though they still had to find the right fit. We were exhausted but slightly exhilarated when, at dusk, we found a car that did set our buyer’s heart aflutter. It was a dark ocean blue 2010 Audi A4 with a gray interior and claims of 30 mpg on the highway. It was winsome: that front grille with those signature circles and just enough perks and perkiness—nothing over the top. As the stars came out and the voluminous paperwork was completed, the car changed hands.