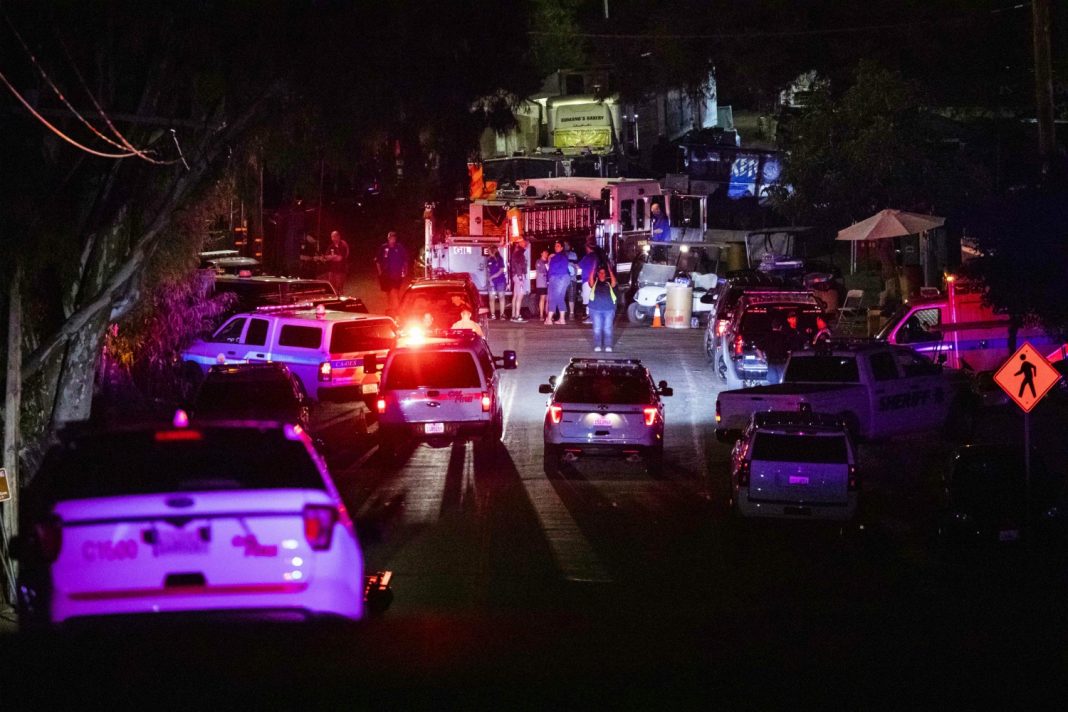 UPDATE: Late Monday morning, authorities identified the perpetrator of the Gilroy Garlic Festival shooting as 19-year-old Santino William Legan. After finding a backpack belonging to Legan containing ammunition at the scene of the shooting, police conducted a search of Legan’s father’s home in Gilroy. A neighbor tells CBS News that Legan hadn’t lived there for approximately a year.

As the annual, weekend-long Gilroy Garlic Festival was winding down just before 6 p.m. on Sunday evening, a gunman reportedly cut through a security fence and opened fire on the crowd. Sources say that at least 15 people were injured and at least four are dead, including the gunman and a 6-year-old boy whose mother and grandmother suffered injuries.

Police have reported that the as-yet-unnamed gunman, who used what’s been described as an “assault-style” rifle, was killed within a minute of the start of the attack, but are said to be searching for a possible accomplice.

A 13-year-old witness described seeing “a guy with a bandana wrapped around his leg because he got shot. And there were people on the ground, crying…There was a little kid hurt on the ground. People were throwing tables and cutting fences to get out.”

Twitter user @wavyia captured the harrowing moments after shots rang out and the crowd began to panic.

yo somebody was shooting at the gilroy garlic festival. be safe pic.twitter.com/B39ZIYe8wr

Located 30 miles southeast of San Jose, Gilroy (pop. 57,000) has branded itself the Garlic Capital of the World, and has hosted an annual Garlic Festival since 1979. This year’s event featured a Saturday night performance by Colbie Caillat and appearances by Top Chef judge Tom Colicchio and MasterChef winner Gerron Hunt.

Several Democratic presidential candidates have responded to the shooting on Twitter. California Senator Kamala Harris called the shooting “simply horrific,” and said that the U.S. has a “gun violence epidemic we cannot tolerate.”

According to the crowdsourced Mass Shooting Tracker, there have been 280 mass shootings in the U.S. so far this year, including a rampage in the San Fernando Valley that left four dead and two injured just last week.

RELATED: What to Do During a Mass Shooting