Home Music Is Gibson’s Acquisition of the Tower Records Building a Good Thing? 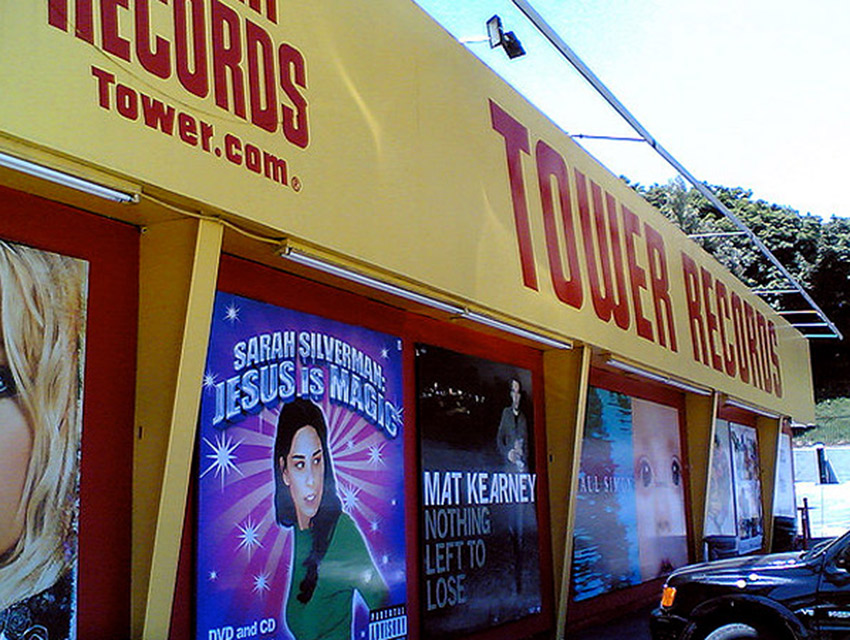 Last week it was announced that instead of becoming a non-descript high rise featuring offices and a multi-level gym, the former Tower Records building on Sunset Boulevard would become the home of a brand new Gibson showroom. Gibson, a major purveyor of musical equipment and electronics, has officially signed a 15-year lease on the space and will be spending at least $1 million in renovations, according to the Los Angeles Times. “We are going to honor history and take it to a whole new level,” Gibson Chief Executive Henry Juszkiewicz told the paper. “We want to retain that crazy vibe of Tower Records.” Preservationists—namely native son and historian Domenic Priore—fought to have the building landmarked, but alas, the city of West Hollywood did not oblige the petition.

As the original applicant for the building’s conservation, we caught up with Priore to get his perspective on this new chapter in the Sunset Strip’s history.

Talk to me about your feelings on Gibson moving into the former Tower Records space. Since the original building couldn’t be saved, is this the next best option?
It’s a good thing they have a 15-year lease—it will solidify a strong musical presence on the Strip in a way that may not be there very shortly. I don’t think a lot of the L.A. population really counts on the Sunset Strip for music anymore. Most of the action is in the east part of Hollywood now, so Gibson putting a guitar shop there will be a strong commercial presence as the Strip becomes hotel oriented. It’s quite a dignified brand. Les Paul famously had the Gibson guitars, and it’s one of the leading companies in terms of experimentation. So I’m pretty happy about it.

What made Tower Records such a phenomenon in its heyday?
Tower superseded other record stores like Wallich’s Music City—which was the birthplace of Capitol Records—by having back catalogs available in their warehouses. For those who were into advanced searches of records, who wanted to find more music, we were finding it there. The Tower Records on Sunset gave us access to sealed copies of recordings that weren’t available anymore [in stores]. Of course they had the celebrity music appearances and signings, but more importantly, it was the soul of music buyers in L.A. Amoeba takes the place now of what Tower used to be.

Are you still hoping the site will become a historical landmark?
Perhaps that could happen in the future. The Tower Records site is historically significant for a number of reasons: Not only had it been Tower Records, but when Earl “Madman” Muntz was on the lot in the ‘60s, it was the first place you could get a car stereo. Before that, the lot had originally been Carpenter’s Drive-In, a progenitor of what became a Googie drive-in. If Gibson gets a good foothold and establishes something at the Sunset Strip Tower location, there’s potential for it to become a historical landmark in three different musical forms: as a music shop, as a record shop, and the place where the car stereo was pioneered.